Class of 1958 celebrated its 61st Reunion on Monday, June 3, 2019, at the home of Henrietta Burke Lyman ’58. Mary Jane Ululani Townsend Young ’58 brought her two moʻopuna who had a grand time in the family’s swimming pool.  Special guest in attendance was Joan Gregory ’71. 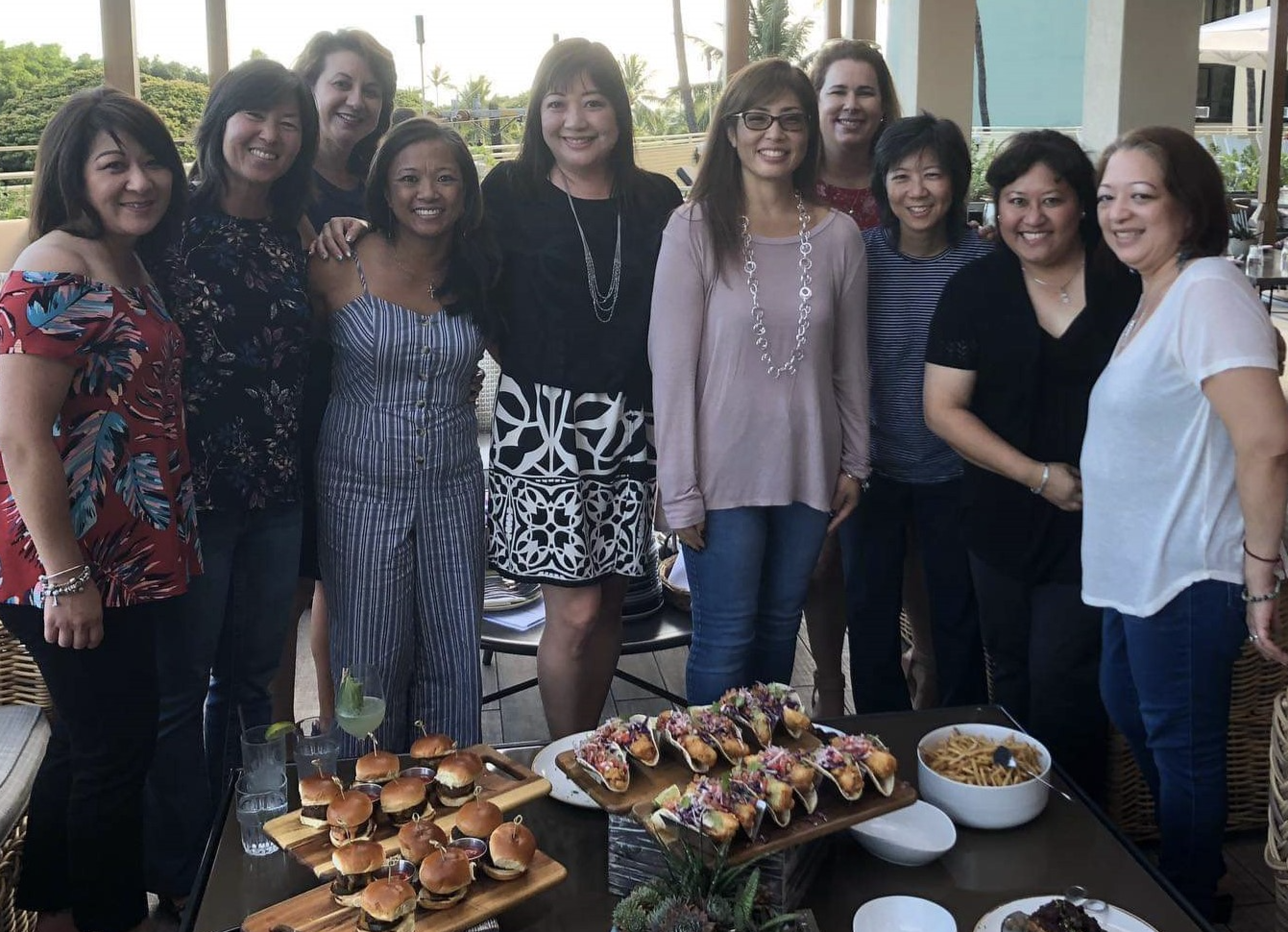 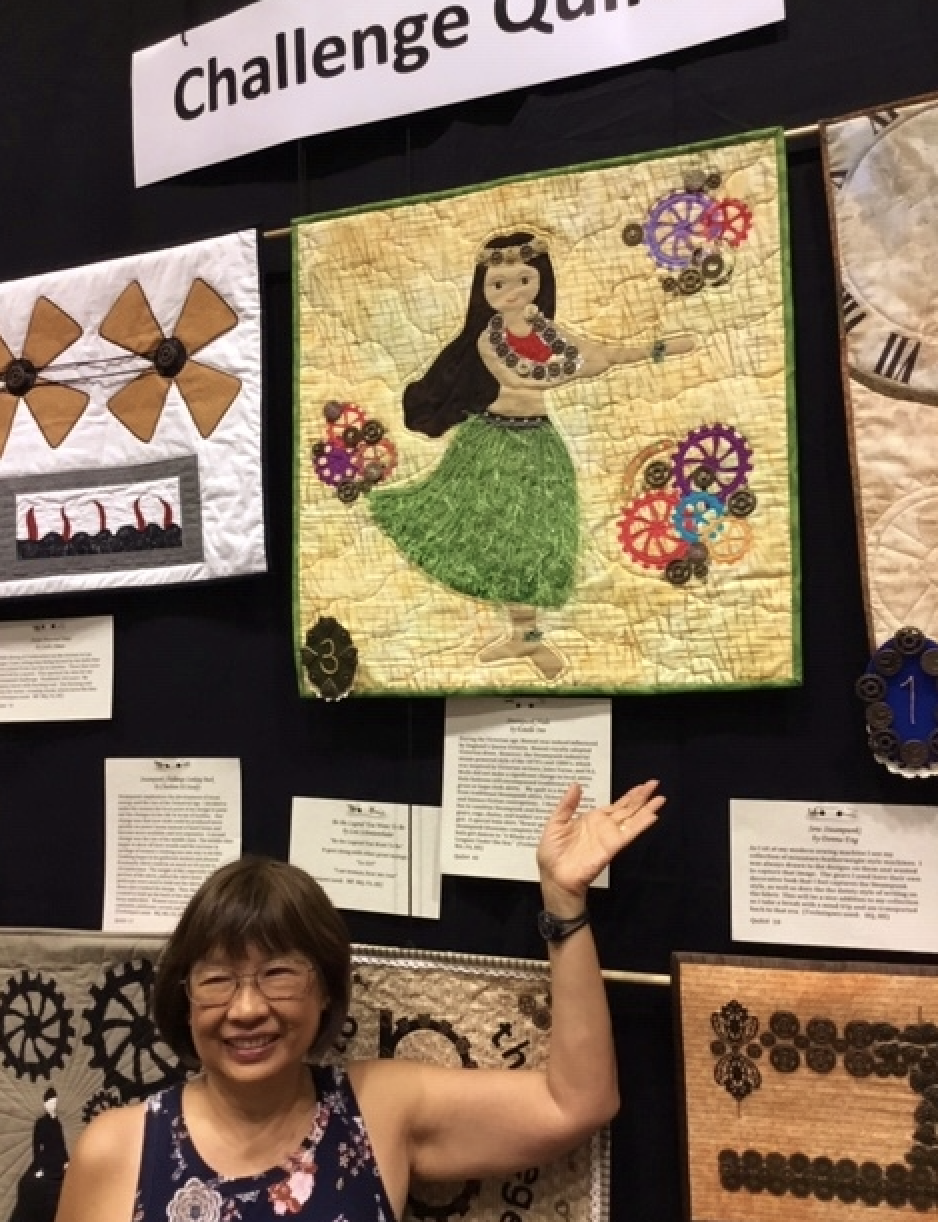 Estelle Kau Inn ’66 won 3rd place in the “Steampunk” challenge at the Hawaii Quilt Guild Show with her creative hula quilt creation. The “Victoria Nostalgia” Quilt Show was held at the Neal S. Blaisdell Exhibition Hall in May 2019. 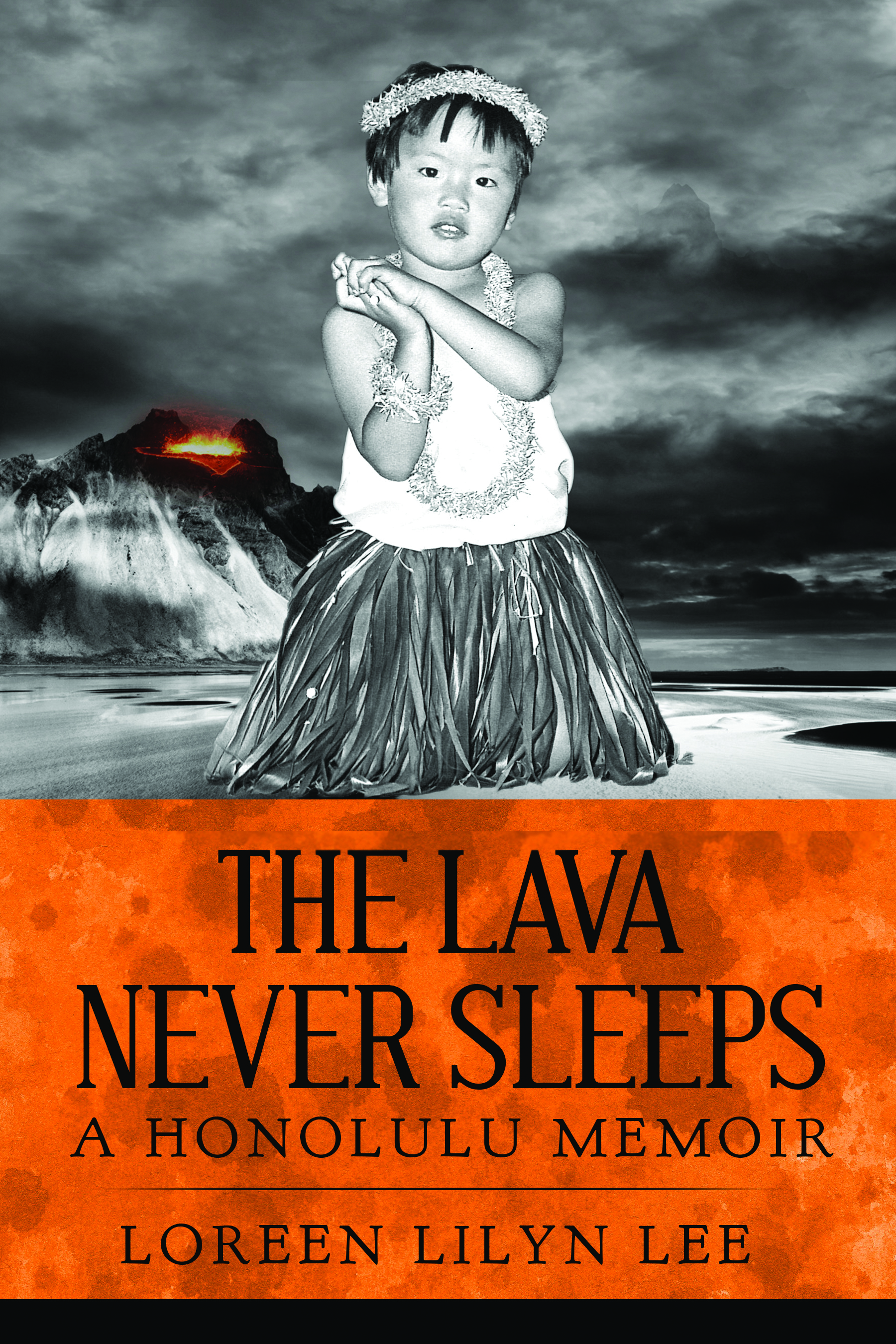 Loreen Lilyn Lee ’67 published her memoir, “The Lava Never Sleeps,” a story about the multiple landscapes that have shaped Loreen’s life. Her journey, over decades, explores place, family trauma, cultures, memory—layers of physical and emotional bodies—until Hawaiian geology and mythology sing her home.

Click here to read a review that was recently published in a Seattle newspaper.

Reunited and it Feels so Good!

In June 2019, five alumnae from the Class of 1991 reunited on the St. Andrew’s Schools campus to take a tour and reminisce about all the fun they had together. It was the first time back to Hawaiʻi for Khrysti Hunsworth, who now lives in Florida. And what a coincidence – they ran into their previous English teacher, Mrs. Stephanie Hudson!  Other teacher favs mentioned include Mrs. Nobuko Loncar and Father Chun. It was a fun day indeed. 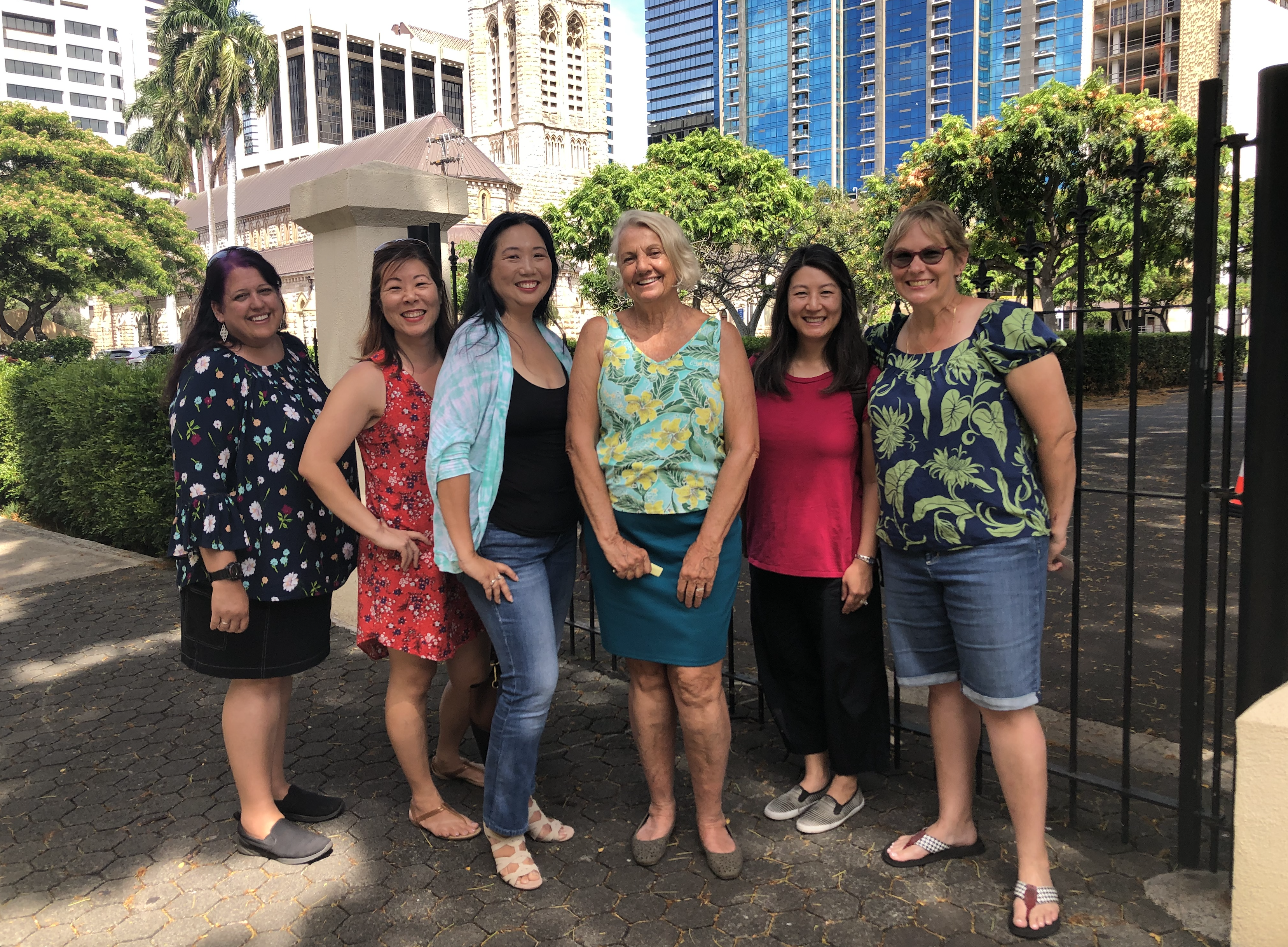 Alumnae Who Continue to Kūlia i Ka Nuʻu 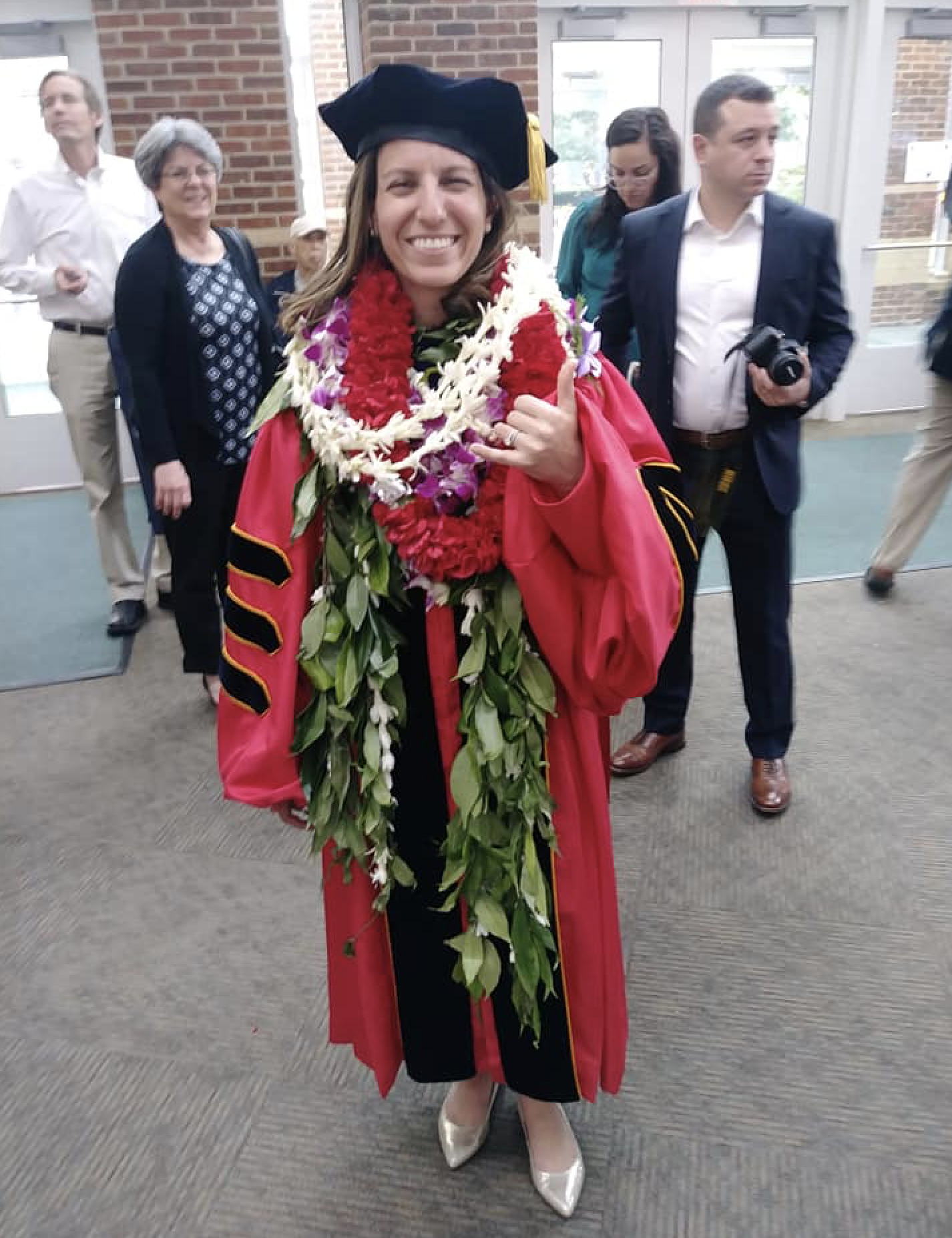 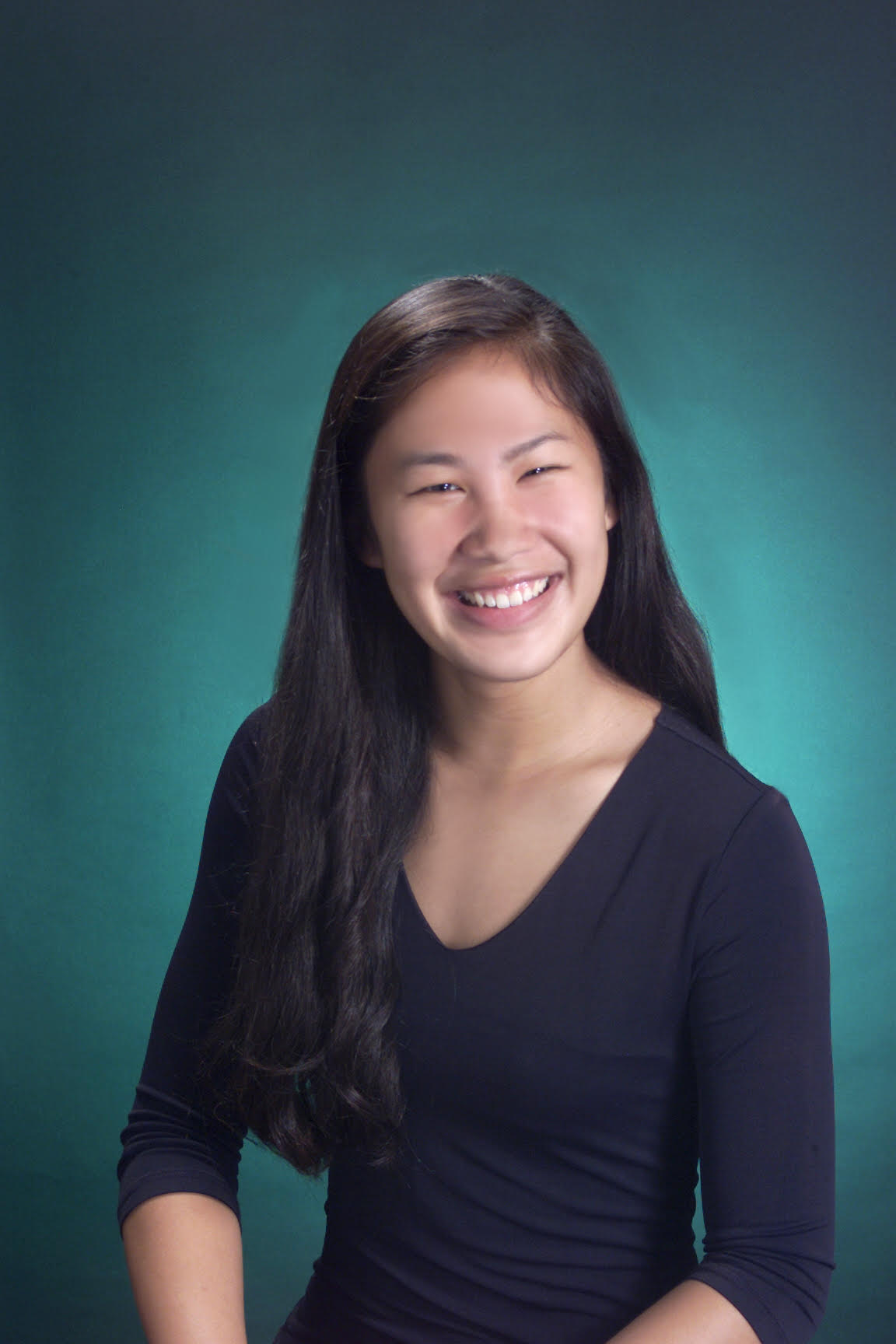 Shelley Wong ’09 was interviewed on Hawaii News Now in June as a medical school student at the John A. Burns Schools of Medicine (JABSOM) who will be doing a clinical rotation on Kauai. JABSOM and its Dean launched a new medical practice training program to address Hawaiʻi’s doctor shortage on the Neighbor Islands.  Shelley has two sisters, Andrea ʻ07 and Amandaʻ03, who also graduated from the Priory.

Among the guests were the parents of the “Priory bridal squad.” Jana Mizuba Newell’s ’81 daughter, Sydney, was the flower girl. Sofia Zarella ’18 and her family were also present. Photos were taken by one-time Priory student, Tiani Inciong ’10.

Congratulations to the newlyweds Jonathan and Jessa! 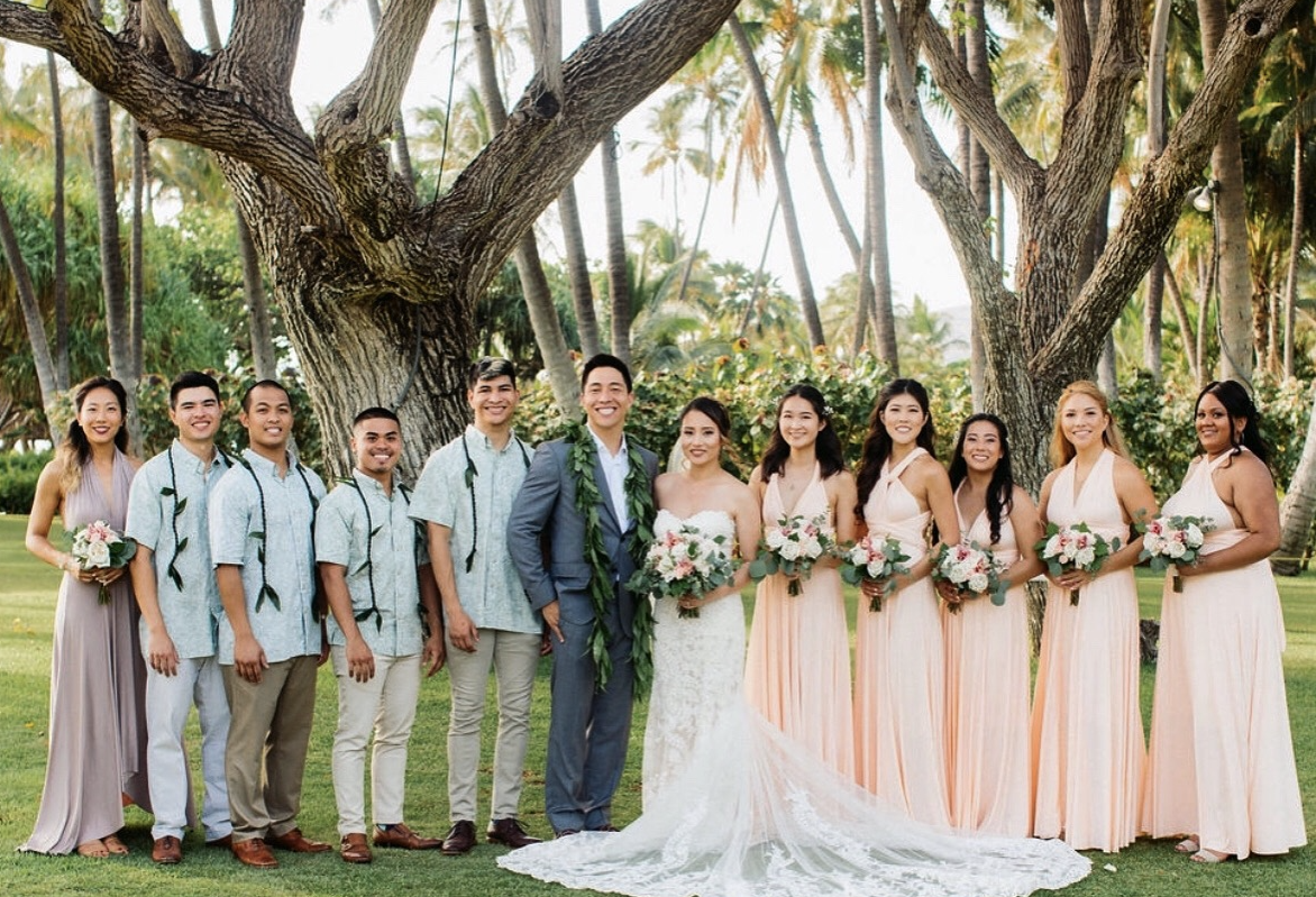 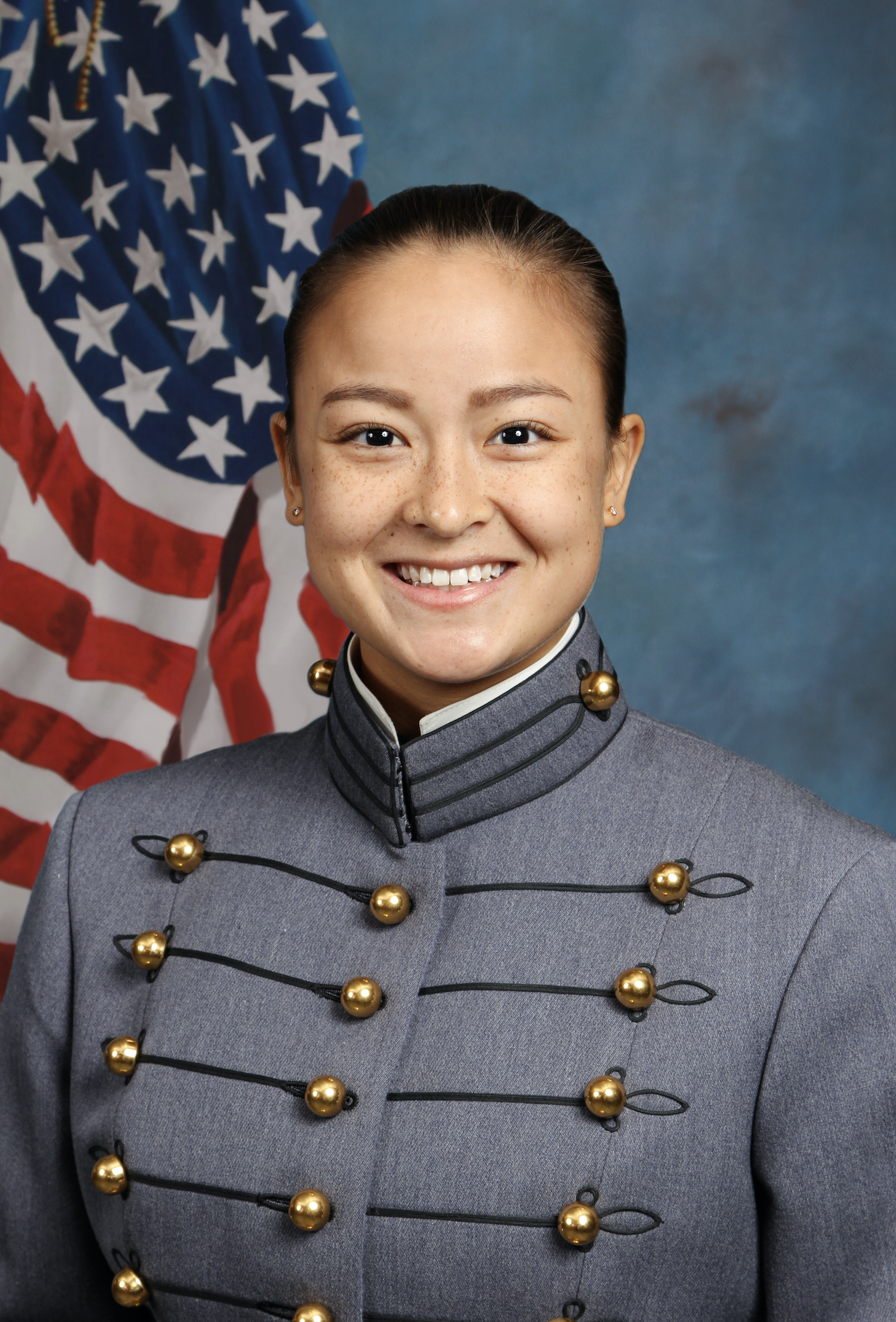 Jordan Jones ’18 – a sophomore attending Army West Point, made the womenʻs track and field academic honor roll for 2018-19, announced by the Patriot League. Jordan was one of 19 students from Army’s West Point to be recognized for their accomplishments. Congrats to Jordan and her family! 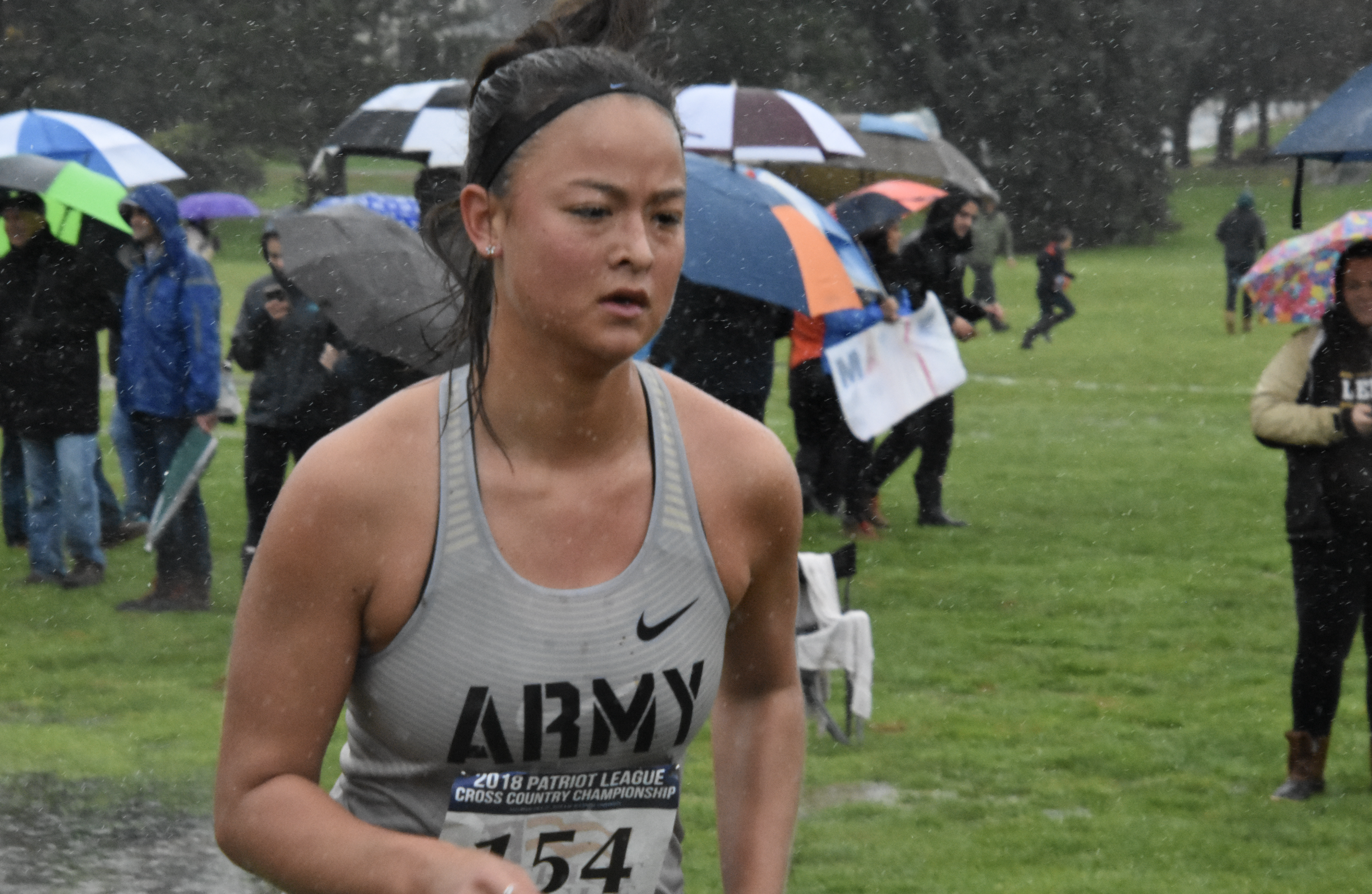 Wilma Chang Namumnart ’63 and Estelle Kau Inn ’66 belong to the Hawaii Quilt Guild whose members range from beginners to accomplished artists, middle-schoolers to great-grandmothers. The guild held its annual show earlier this month at the Honolulu Museum of Art School where both alumnae displayed a sampling of their handiwork. 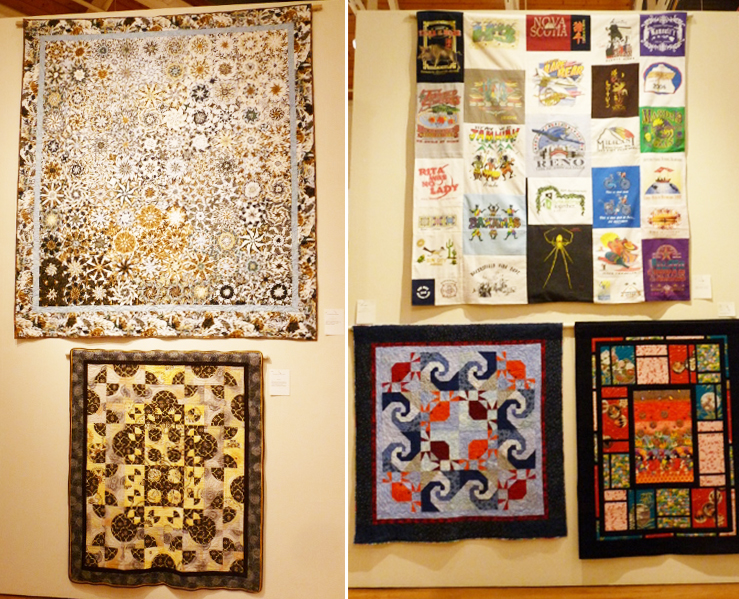 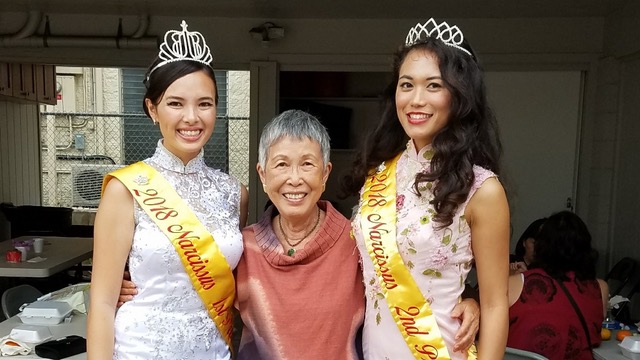 Two Priory alumnae from the class of 2011 were named to the court of the 2018 Narcissus pageant:First Princess Kristina Pollock ’11 and Second Princess Tyler Ordenstein ’11.The Narcissus court recently paid a visit to the Wong Kong Har Tong Society (The Society of Wongs) where Eunice Ching Wong ’59 met the newly crowned princesses. 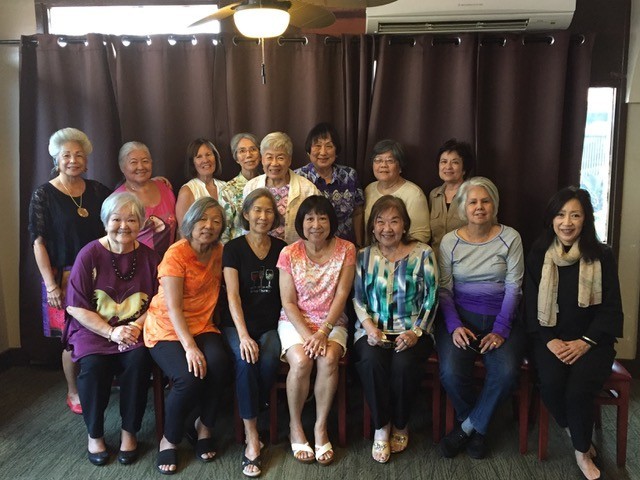 Lynette Jung Lee, who lives in the Bay Area, returned to Hawaiʻi for a vacation visit with her husband and a friend. For other members of the class of ’65, this meant another great opportunity to gather and catch up with “sisters”. For most, it had been almost a year or more since they had been in touch.

They numbered twenty-one (five husbands and Lynette’s friend included) and took up two long tables at the Pagoda Restaurant for a tasty buffet lunch. There was a lot of chatter with everyone making at least one trip to the dessert table, which ensured that a good time was had by all. 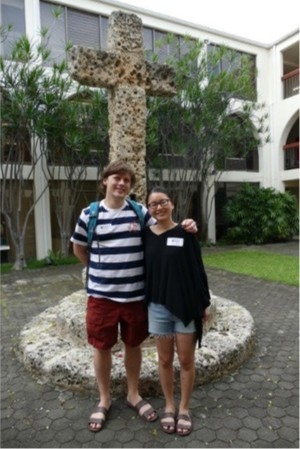 Joyce Chiang ’11 and friend Brookes Giller stopped by in March for a quick visit.Joyce is a graduate of George Mason University and majored in global affairs.She is currently a research analyst at Ipsos, a global market research and consulting firm 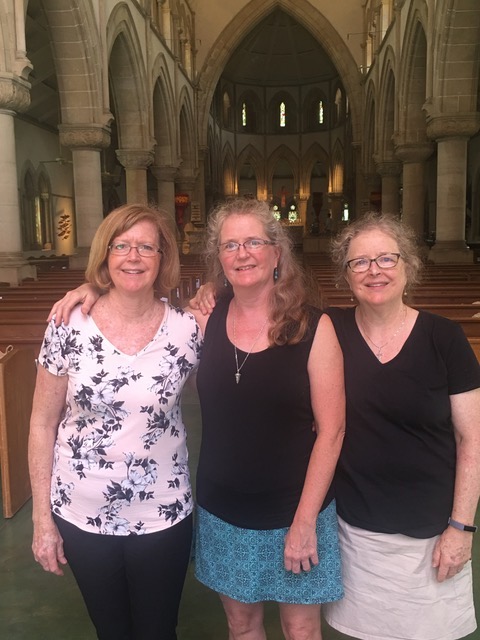 The Green sisters were recently in Hawaiʻi for a ladies-only vacation. It was so nice to welcome them back to campus on February 23rd.

Patricia Green ’68 spent her freshman and sophomore years with us and currently works as a family nurse practitioner in Portland, Oregon. Molly (Marjorie) Green Malloy ’69 now of Orlando, Florida attended the Priory in the 8th and 9th grades. She has been an educator for 45 years as both a science teacher and curriculum specialist and is soon to retire. Judy Green ’72, who spent her 6th grade with us, now calls Anchorage, Alaska home. Before retiring, Judy was a reference/ instruction librarian.

Thank you for stopping by, ladies!

Linda Chu Takayama was recently named the new Director of the State Department of Taxation in what has emerged as a pivotal position in Gov. David Ige’s administration.

Linda holds a bachelor’s degree in journalism from the University of Hawaiʻi at Mānoa and a J.D. from George Mason University School of Law in Virginia.

We love it when alumnae pop by to say “hello.”

On January 30, we welcomed two 1984 alumnae back to campus. Retired entrepreneur Erika Cowan Tedin opened Full Throttle Bottles, one of Seattle’s premier specialty beer and wine shops, which she sold in 2016. Colleen Treacy followed in her father’s footsteps serving the country in the military and is a retired Air Force Lt. Colonel.

Thank you for stopping by St. Andrew’s, Erika and Colleen! 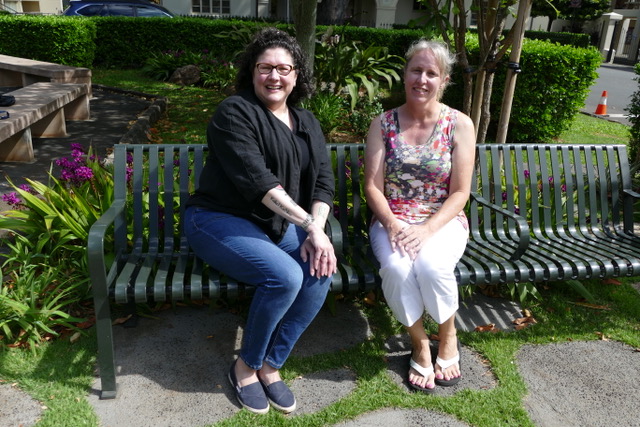 Class of 1968 Celebrates their Golden Reunion

The Class of 1968 kicked off their 50th anniversary with a visit back to campus on Friday, February 9th, 2018. When the weekend was over, 14 classmates had reconnected with each other. Ten of the 14 ladies flew in from the mainland just for the reunion. 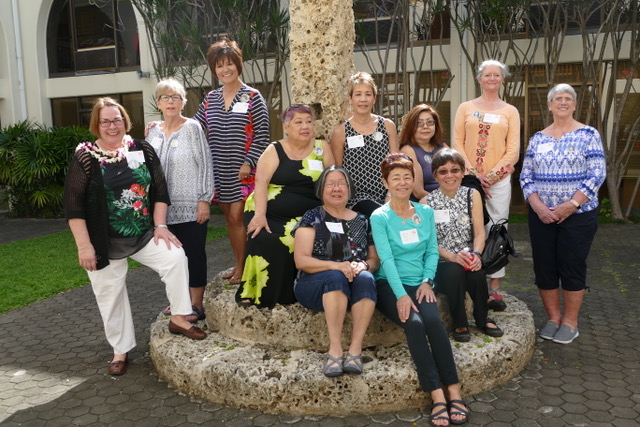 Friday morning began with a welcome greeting in the park at Queen Emma Square followed by a tour of the campus and cathedral summoned memories of years past, some “nice” and many “naughty.” “Remember the time we snuck up the cathedral bell tower? Never gave a thought to being locked in.” “Or the time we hid in the closet during class thinking we could pull one over on Mr. Steffenhagan? It didn’t work!”

The class continued their reunion celebration on Saturday with a brunch at Herringbone Waikiki in the International Market Place. A special made-to-order menu was arranged for the ladies to enjoy as they talked, laughed, and reminisced well into the afternoon. 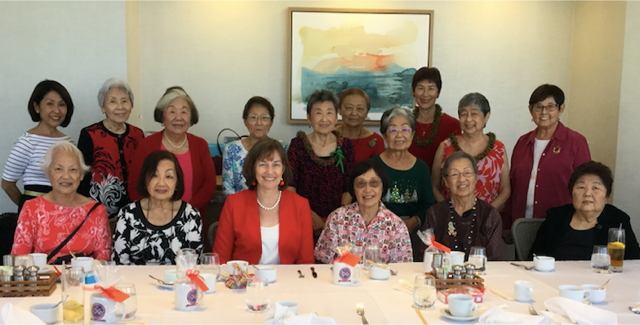 The Class of 1955 met at Hawaii Prince Hotel’s 100 Sails Restaurant for their annual holiday luncheon on December 13th. Greetings and gifts were exchanged before heading to the sumptuous buffet line. Head of School Dr. Ruth Fletcher provided a school update since last seeing the ladies at Pau Hana in June, and a toast was given to classmates who had recently or were soon to celebrate their 80thbirthdays.

All left full of good cheer, bags filled with 15 gifts, and plans to meet in early 2018. 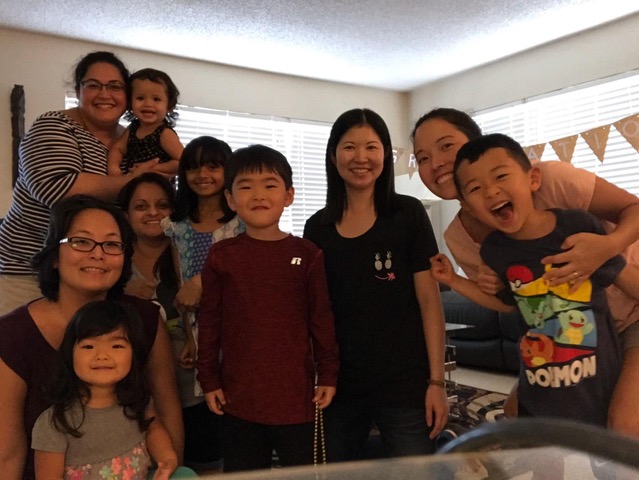 Five gals from the Class of 1996 and their children gathered at the house of Gayatri Vithanage for a Christmas potluck. The youngsters had fun running around and weren’t the only ones to receive gifts. The ladies enjoyed their own Secret Santa gift exchange which, being smart Priory gals, was kept to gift cards. Kinect games were played on the Xbox, hours were spent catching up and looking at old photos, and a good time was had by all.

A photo of the Class of 1966 Saturday Breakfast Group appeared in a previous eNewsletter with the caption, “Some classes just can’t get enough of each other. They meet for breakfast almost every single Saturday!”That was over two years ago in our September 2015 issue.

The get-togethers continue to this day. The Saturday Group gathered on December 9th at the home of Estelle Kau Inn for a special Christmas luncheon. Spouses and significant others joined the festivities. A candle was lit in honor of beloved classmate Beverly Ganttwho was instrumental in organizing the Saturday breakfasts. Beverly passed away last December. 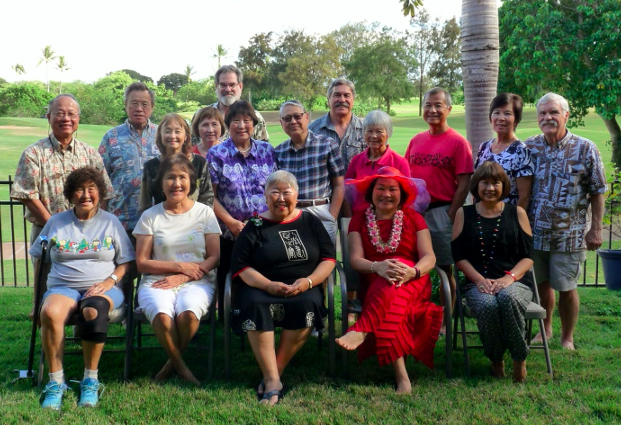 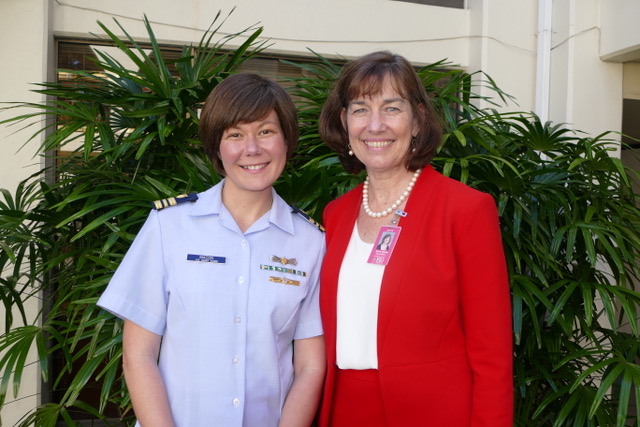 We had the joy of welcoming back to campus Rhianna Snyder Macon who was recently in Honolulu. Following her graduation in 1999, she obtained her Bachelor of Environmental Science at University of North Carolina Wilmington and Master of Environmental Management at Duke University.

Rhianna once aspired to be a dolphin trainer, but a chance meeting with two officers of the United States Coast Guard at a career fair would change that. Upon discovering that the USCG is so much more than rescue operations, she enrolled in Officers Candidate School. That was over 14 years ago. Rhianna is now a Lieutenant Commander and resides in Washington, D.C. with her husband. She currently serves as the Assignment Officer with the Coast Guard Office of Officers Personnel Management. She was previously a division chief of the San Francisco sector supervising five officers and 13 enlisted members. 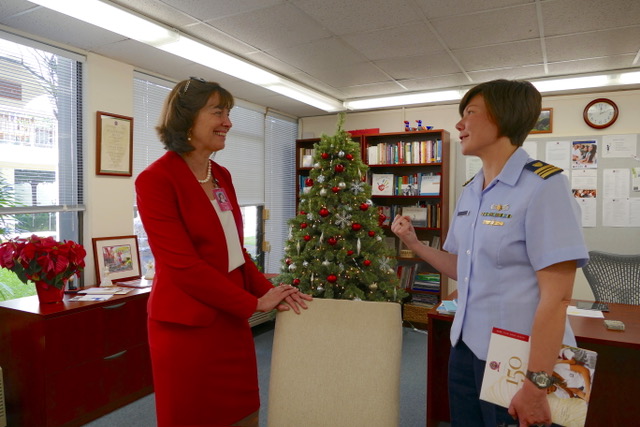 Rhianna loves science. She thinks “it’s cool”. And she loves working at the USCG. Amongst other reasons, she “gets to nerd out every day on science while serving the community.” Being raised and educated in Hawaiʻi and at the Priory have, she feels, put her in good stead in her daily work. The exposure to multiple cultures and confidence gained in her formative years have proven invaluable while serving her country.

During her visit with us, Rhianna spent time with upper school students in the Behavioral Science and Engineering classes. In addition to providing a glimpse of life in the Coast Guard, she imparted wisdom to her younger sisters. “The things you’re learning now? You’ll be amazed at how often you’ll use these skills in the future.” “Be passionate. Figure out what you’re meant to do. And the mistakes along the way? Just pick yourself up and move forward.”

Mahalo, Rhianna. It was a pleasure having you back on campus. 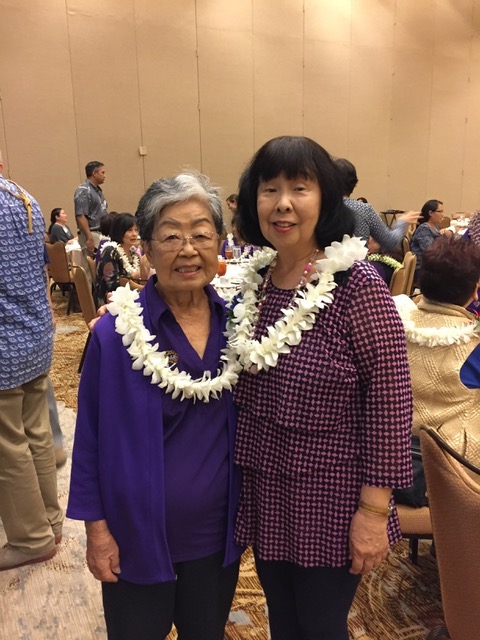 Twelve ladies from the class of 1973 recently met for lunch at Wailana Coffee House for no particular reason other than enjoy each other’s company and talk and talk and talk. One member brought along the yearbook which produced many chuckles. 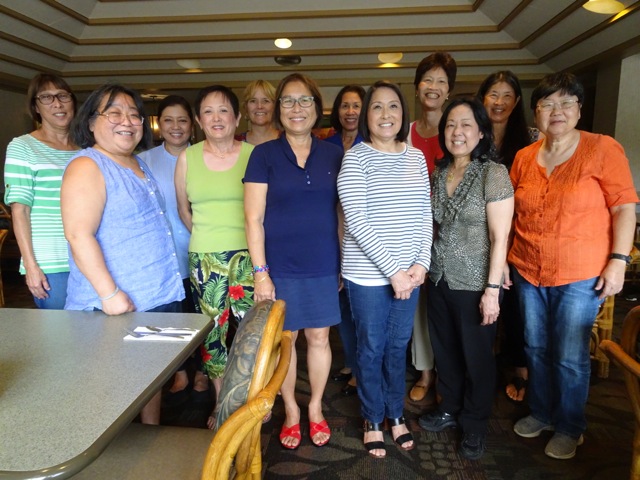 Krista Chang ’17 wowed the crowd with her rendition of the national anthem before Creighton University’s men’s basketball game earlier this month. Click on the link below and wait for Krista’s trademark high ‘free’ note in “land of the free.”

Many of you may remember Krista in her many starring roles at Tenney Theater, singing the national anthem at UH events, and capturing the 2016 Brown Bags to Stardom talent competition as a high school student at The Priory.

Krista is currently in her first year at Creighton University in Omaha, Nebraska and is majoring in neuroscience. We are so proud of this outstanding Priory alumna who is bringing her talent to Creighton and beyond! Congratulations Krista!

Since donning their caps and gowns on June 3, 1958, the class of 1958 has celebrated their reunion every 3rd of June.So it was in 2017 when 11 classmates gathered on June 3rd for lunch at Assaggio’s Ala Moana for their 59threunion. Plans are already in the works for next year’s big 6-0. 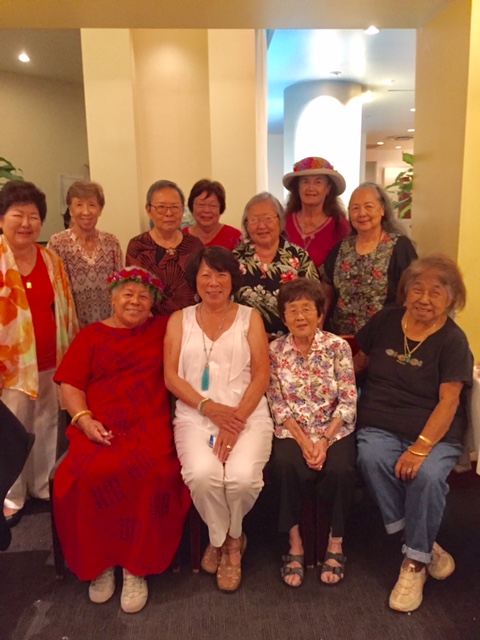 Members of the Class of 1960 celebrated their BIG 75 at the Pergola Garden Deck thanks to the coordination by Carolyn Hanchett Remedios and Frances Lee Takemoto.Delicious food and long-time friends are always the perfect recipe for great fun!The icing on the cake was the many games conducted by Lucile Lau Soong.

It’s no surprise that no one wore their fashionable black pleated skirts and white middy blouse… but subconsciously, nearly half of the ladies donned those non-colors. 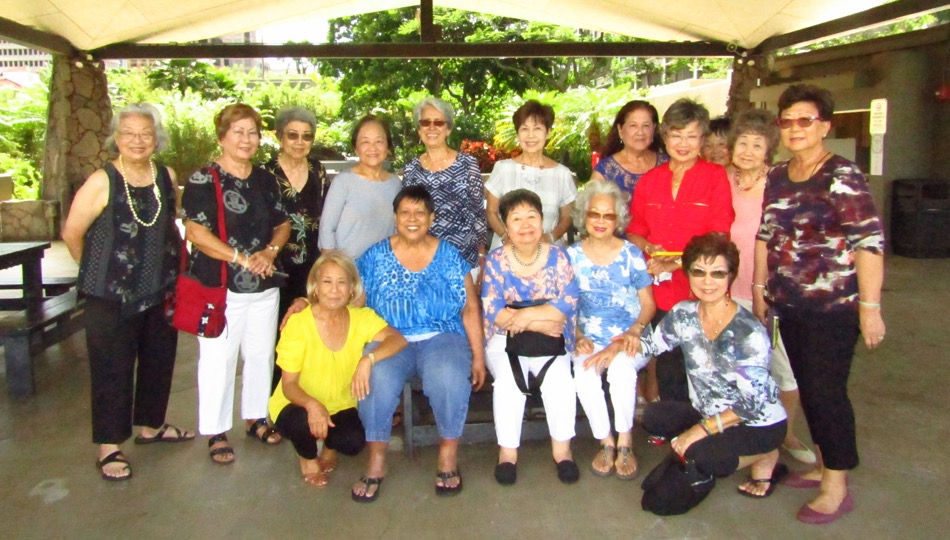 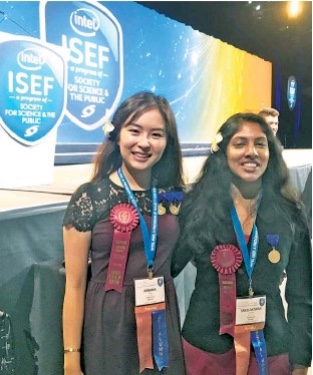 The lasting legacy of what Ariana Kim and Sreelakshmi Kutty accomplished as high school science standouts now holds a permanent place in the night sky.