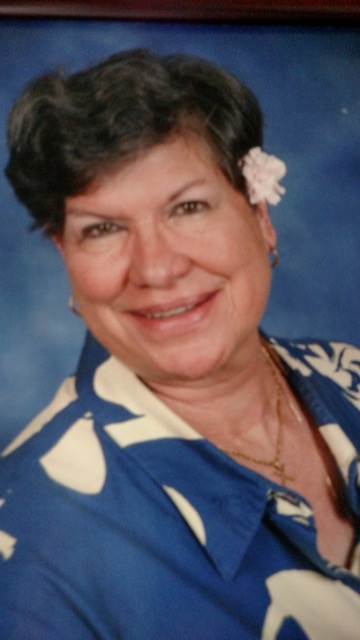 "I am who I am today because of my parents, kupuna (ancestors), siblings, and my St. Andrew's Priory experience," Dorothy wrote several years ago of a life dedicated to educating children, community service, and the perpetuation of the Hawaiian culture.

Dorothy graduated from the University of Hawaiʻi with a Bachelor degree in U.S. history and worked as a substitute teacher in public and private schools for a year. In 1970, she began her 23 years tenure at the Priory teaching U.S. history and numerous other social studies courses. She wore many hats during her time with us including serving as social studies department head, advisor to the sophomore and junior classes, and faculty representative to the Board of Trustees. Under Dorothy's guidance, Hui Hauʻoli grew to become the school's largest club in the 1970s and 1980s. She instituted a special chapel service for Queen Emma's birthday and Aloha Week, both conducted in the Hawaiian language by Hui Hauʻoli.

Dorothy has the distinction of being the first faculty member asked to give the commencement address, and has delivered the address on three occasions, in 1972, 1980, and 1987. She was also honored in 1991-92 as St. Andrew's Priory Co-High School Teacher of the Year as well as our Alumna of the Year.

Dorothy continued her teaching career at Kamehameha High School Kapālama where she was an instructor of 11th and 12th grade English, reading, and writing for 18 years until her retirement in 2011.

She has been active in a number of national and local professional and community associations and continues her volunteer service with the American Cancer Society, American Heart Association, and March of Dimes.

Dorothy is married to her high school sweetheart, Agenhart Ellis, Jr., whose given name is synonymous with three generations of education and athletics in Kalihi. Together they have a son Agenhart III, daughter Auliʻi, and numerous grandchildren. Now a retiree, Dorothy has "... time for my family, for traveling and cruising, for volunteering, and doing anything I want to do anytime I want." She is the second of four Townsend sisters to graduate from the Priory (Mary Jane Townsend Young '58, Marion Townsend Makaimoku '65, Charlotte Townsend '69).