From east to west, though we may roam, 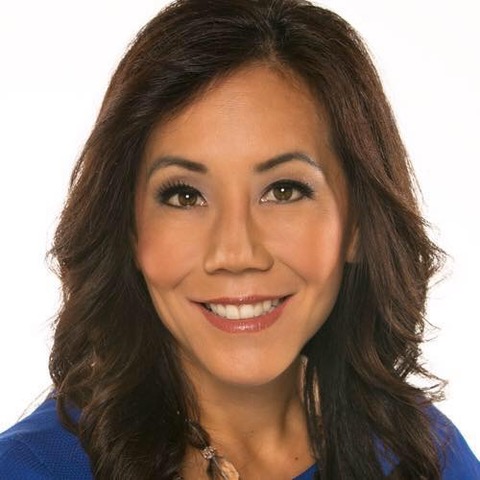 Thy love will bring us home.

These lines from our alma mater are a fitting description of Lynn Kawano's life and travels.

After graduating from St. Andrew's Priory in 1992, Lynn attended the University of Hawaiʻi. She majored in Political Science, while also interning at KHNL. Immediately after graduating, Lynn worked as a sports reporter for KGMB.

In 1996, Lynn moved to Boise, Idaho. She served as a morning anchor and executive producer at the KBCI/KBOI news station. The Idaho Press Club awards recognized her work with KBCI in 1999. Lynn's report, entitled "Street Closure", was honored in the category of "Best Live Shot". Besides working at the news station, the Hawaiʻi surfer also learned to snowboard and play ice hockey.

Her mainland adventure continued as she moved from Boise, ID, to Kansas City, MO. Though her time in Kansas City was short, Lynn was able to gain more experience as a reporter and anchor at KCTV/KSMO. She also began a lifelong – and sometimes painful – relationship as a steadfast Kansas City Chiefs fan.

Lynn's jaunts throughout the mainland brought her to Dallas, Texas. While working as a news reporter for KDFW, she received an Emmy nomination from The National Academy of Television Arts & Sciences, Lone Star Chapter. In 2008, her report on "DFW's Most Wanted" was nominated under the "Crime – News Series" category. Adding on to her career accomplishments in Dallas, it also became the city where she met her husband and her kids were born.

Though she loved every city she's lived in, a part of Lynn always wanted to return back to her roots in Hawaiʻi. Lynn was raised in Pearl City, and her great-grandparents owned the "Kawano Store" in Waipahu. Spending time surrounded by siblings, cousins, and extended family became a memorable part of her childhood, and she wanted to give that same experience to her children.

Moving back to Oʻahu in 2013, Lynn took up a job at Hawaii News Now. She was pleasantly surprised to find that the two news stations she previously worked for – KHNL and KGMB – were now one as Hawaii News Now. After spending over 15 years reporting on the mainland, Lynn acquired a position as a general assignment reporter, with a focus on law enforcement. She went on to become Hawaii News Now's first chief investigative reporter.

Lynn has won 2 Emmys from the San Francisco/Northern California chapter of the National Academy of Television Arts & Sciences since returning home. In 2014, she won an award for reporting on the Hawaiʻi police being close to solving the case of "Peter Boy" Kema. In 2015, she received an Emmy, an Edward R. Murrow, and an Associated Press award for her report, "Desperate for a Diagnosis."

Throughout her career, Lynn has worked on cases ranging from the lighthearted to the serious. She has reported on the World Series and Super Bowl XLV, as well as Hurricane Katrina and the ongoing case against the Kealohas.

You can currently watch award-winning journalist Lynn Kawano in action as the chief investigative reporter on Hawaii News Now.