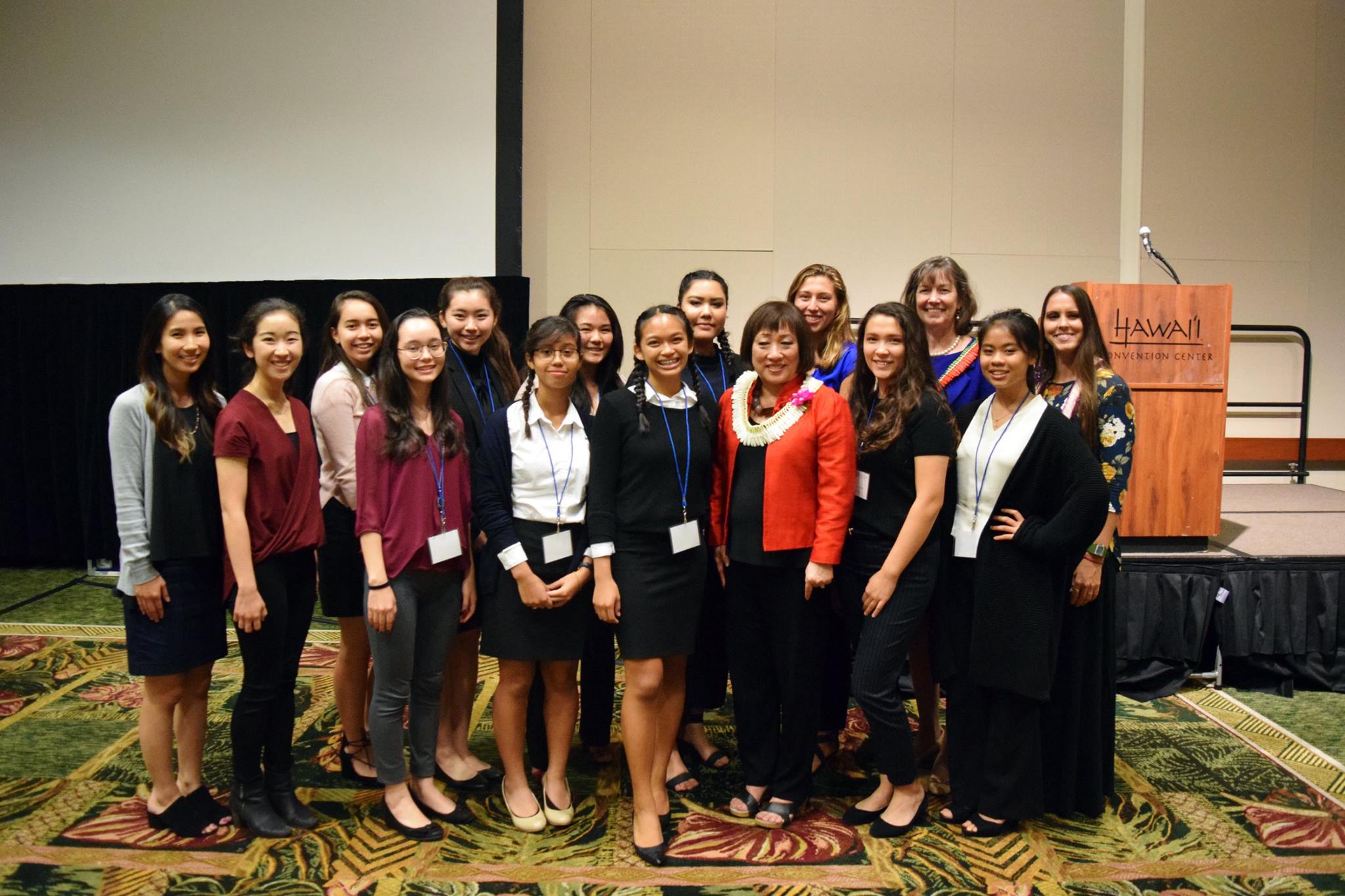 Alumnae and current students represented The Priory at the 6th Annual Hawai'i Pacific Model United Nations (PacMUN) conference from November 17 – 19, 2017. Each year, PacMUN hosts students from local, national, and international high schools to attend this conference that was created to bring together Hawai'i schools to collaborate and expand Hawai'i's Model UN community. Through PacMun, "students are forced to confront substantive issues diplomats and politicians face, while navigating procedural environments of national and international political institutions."

Congresswoman Colleen Hanabusa '69 and St. Andrew's Schools faculty member Mary Burgess spoke at the PacMUN opening ceremonies. Head of School Dr. Ruth Fletcher introduced Rep. Hanabusa and gave the students an idea of what her experience at St. Andrew's schools was like.

"Congresswoman Hanabusa is an inspiration for us all; she is intelligent, forthright and independent, seeks social justice, and has a great sense of humor," said Dr. Fletcher.

Dr. Fletcher shared that Rep. Hanabusa got her start in honing her leadership skills as a student at The Priory. She was involved in multiple clubs, national honor society and served as Student Council Treasurer, which led her to be Student Council President in her senior year. It was Colleen and her Class of '69 who created the Aloha Wear Friday tradition that carries on at the school today. Current Priory students were thrilled to be able to meet and take a photo with Representative Hanabusa.

Students from The Priory won a total of five awards at the conference:

In addition to the individual awards, The Priory's group delegation was given the "Outstanding Small Delegation" award, which recognizes St. Andrew's Schools as the best small delegation in the State of Hawai'i! Congratulations to our outstanding Priory students!