request info
Aloha for the 'Aina on Earth Day 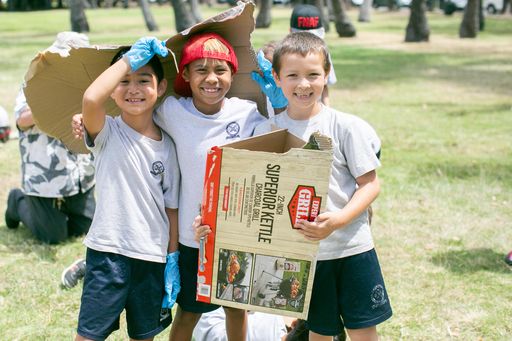 The Prep's first and second grade classes, along with their teachers Michelle Zane and Michael Rickman, spent the morning cleaning up areas of Queen Kapiʻolani Regional Park on Monday in honor of Earth Day – the world's largest environmental movement. Earth Day, recognized each year on April 22, was first celebrated in 1970 and is used to demonstrate support for environmental protection. Since its beginnings in the United States, Earth Day has spread and is recognized in more than 193 countries now.

The first and second grade students decided to spend their morning cleaning parts of the historic Queen Kapiʻolani Park, which is the largest public park in Hawaiʻi and is located on the east end of Waikīkī in downtown Honolulu.

The boys "wanted to do something to make help the world a bit more beautiful for Earth Day," said second grade teacher Mr. Rickman. "The students brainstormed and thought that cleaning up a local park would be just the thing to do to show our Earth some aloha!" 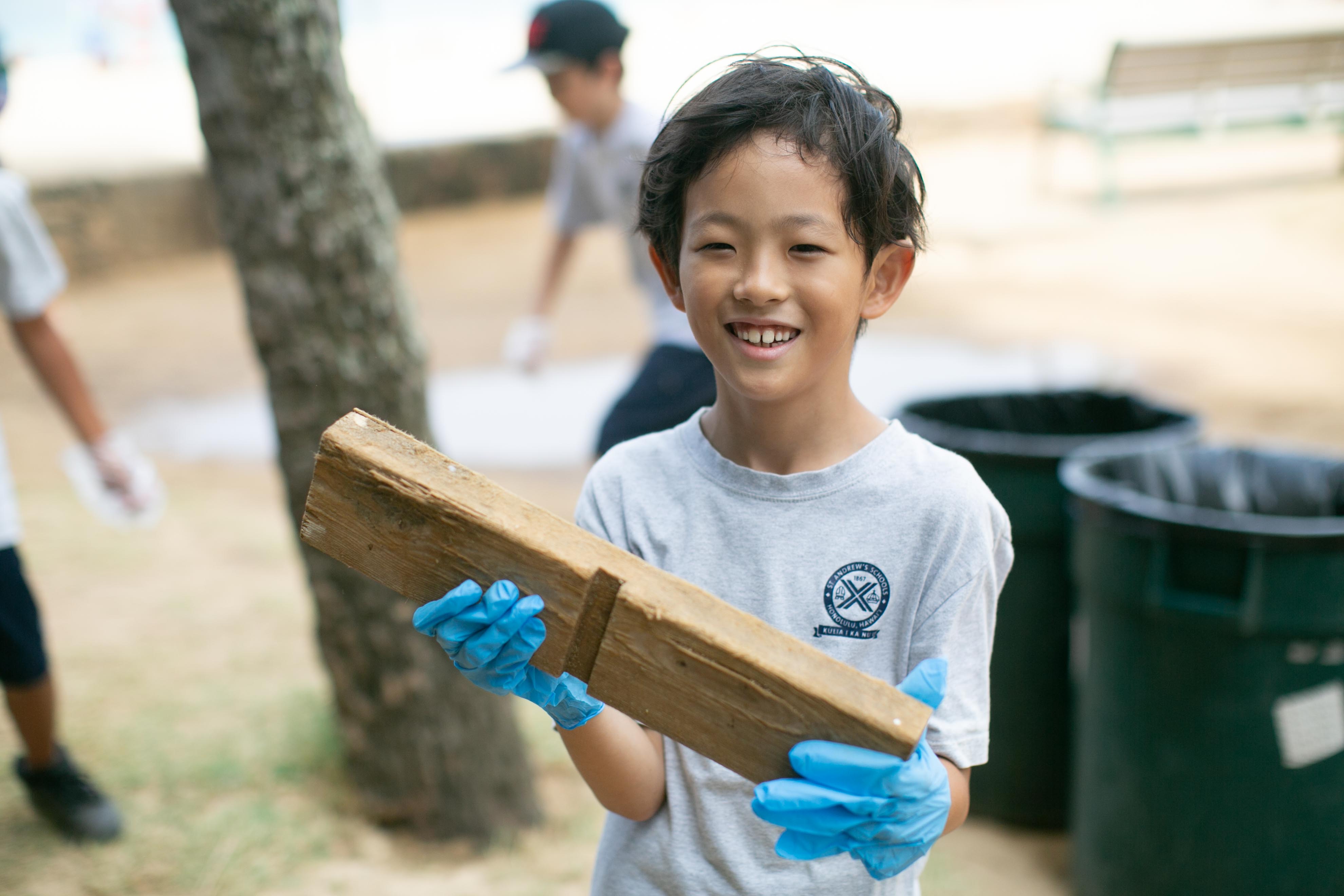 Throughout the year, both Mr. Rickman and Mrs. Zane have been helping the boys learn how to be stewards of the land. "We want to help teach them how to protect the Earth for future generations," Mr. Rickman said.

The boys arrived at the park excited and energized, and quickly began by pairing up and distributing cleaning materials. For the next hour, the boys raced around areas surrounding the Waikiki Natatorium War Memorial and gathered enough trash to fill two huge bags. They also had time to clean up some of San Souci Beach Park (Kaimana Beach) to keep the trash out of our oceans.

"Animals can get really sick when they eat the rubbish, so we need to clean up the rubbish," said first grade student Magno Bennett Littlejohn. "'Cause the animals won't get sick if they can't find the rubbish."

"I think this experience taught the boys to take care of our 'aina and to treasure what was given to us," said Mrs. Zane.

At the end of their Earth Day adventure, the students came away with important messages to share with others. "Don't throw things on the ground," said first grade student Augustin Landgraf. "Also, you need to be careful missing the trash can because if you throw your trash and it misses, you can be littering."

See more photos of the clean up in our April gallery. 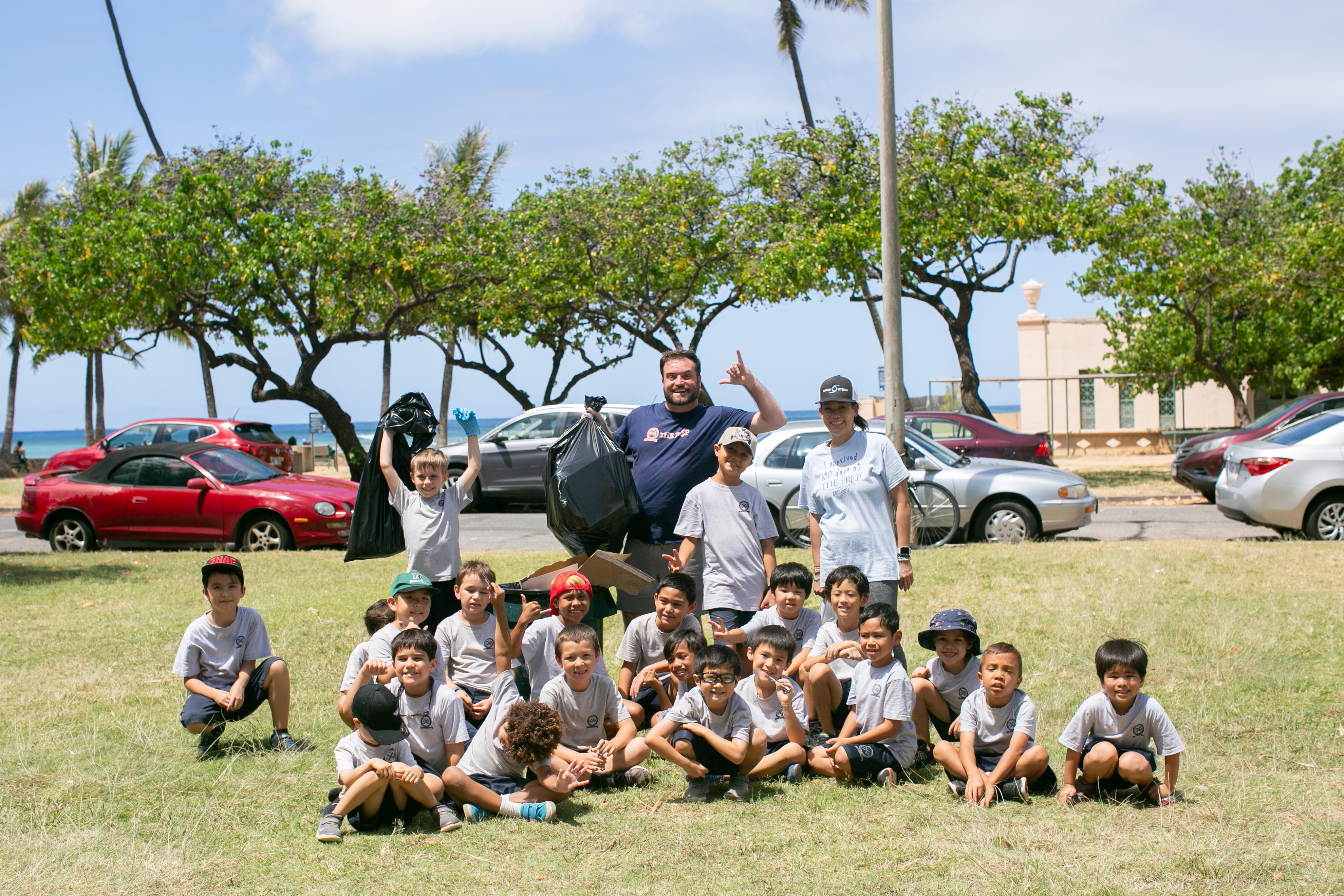