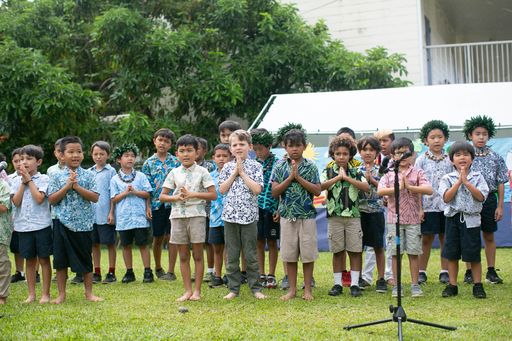 It was a true Aloha Friday for The Prep K-4 students on May 24 as they presented their second annual Lū'au for parents, faculty and staff in Jubinsky Field. The boys were all smiles as they filled the field in their aloha attire to welcome their 'ohana onto campus. 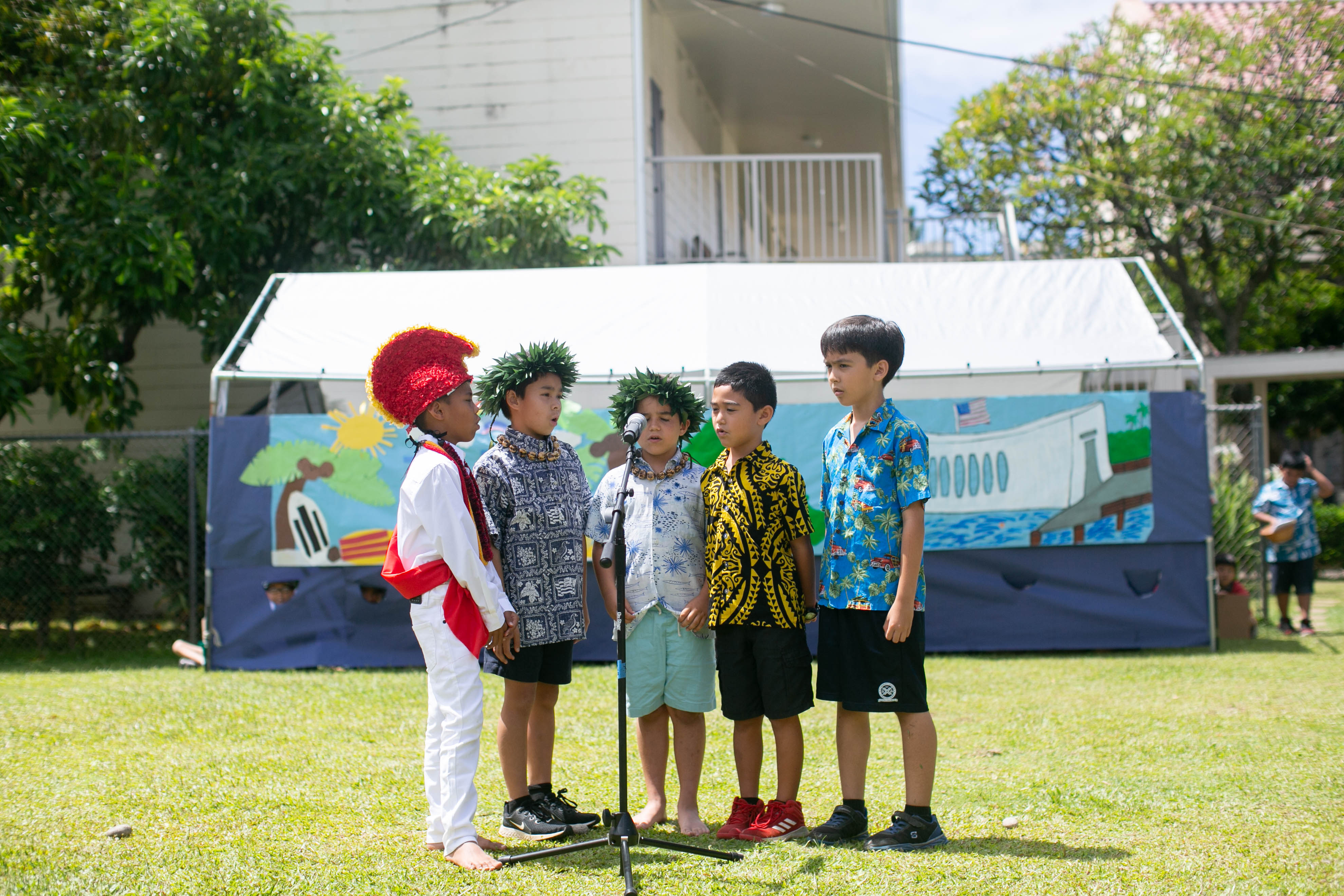 The festivities got underway with an oli delivered by the second grade class. The crowd was then delighted by a play called "History of Hawai'i." Students worked throughout the semester to prepare the show for their families. The presentation took the audience back to ancient Hawai'i, to the time of the missionaries and early settlers, to Captain
Cook's arrival and to pre- and post- war times in the islands. Many scenes were interjected with humor and the crowd was seen laughing and cheering in delight.

"We were very happy to be able to provide the opportunity for The Prep's students to perform, which is a part of developing the critical skill of communication," said The Prep's Principal Winston Sakurai. "This is something that is especially important for boys as they may not have the opportunity to do so in a large school setting." 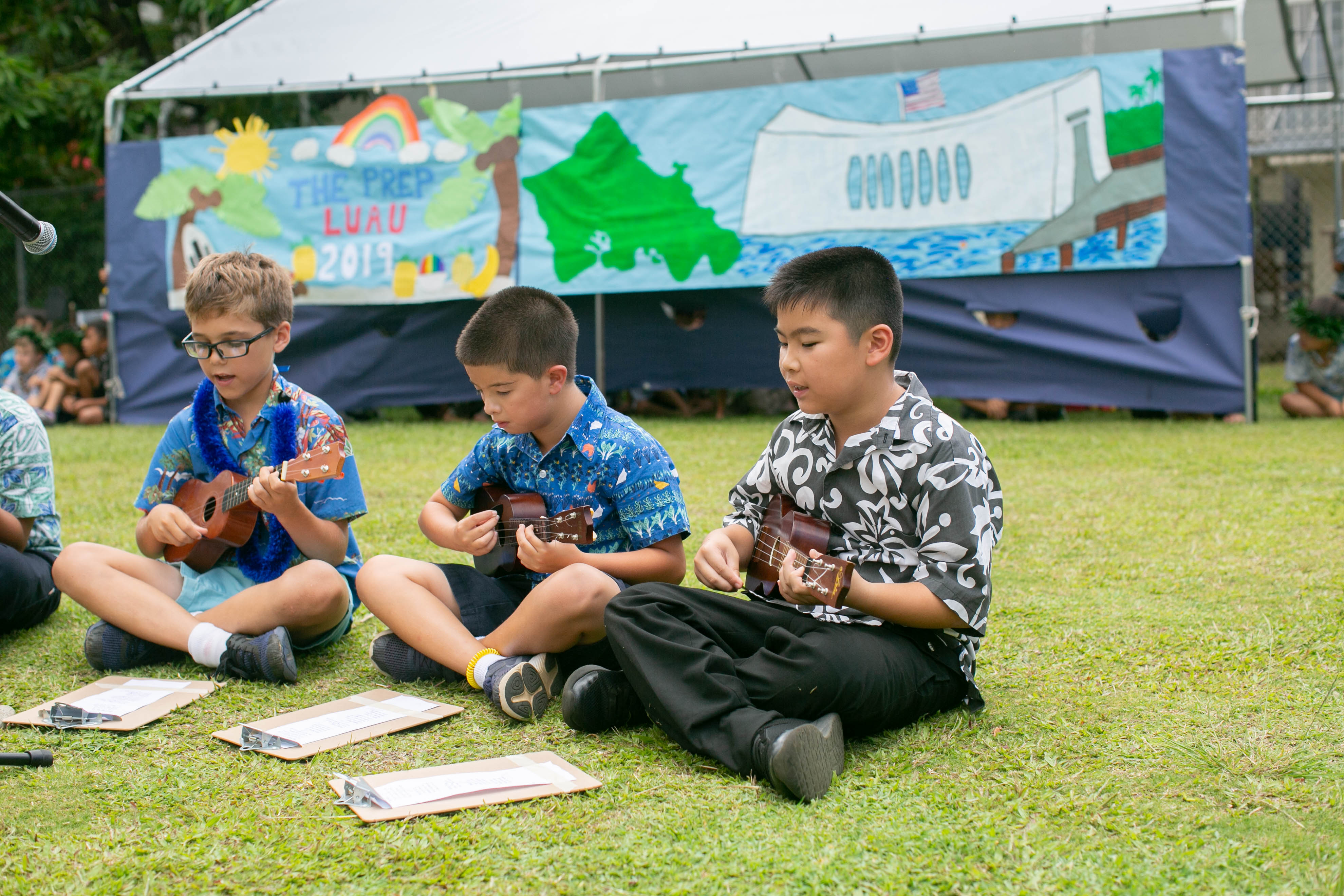 The program continued with "Pupu Hinuhinu," a hula performed by the Kindergarten class.The third grade sang the popular "'Ōiwi E" for parents, followed by an island mele performed by the fourth grade on ukuleles. The first and second grade classes rounded out the grade level performances with two hula numbers – "I Ku'u Ma'u" and "E 'O Emalani O Kalani." The final number was performed by entire student body singing "Somewhere Out There" as touching tribute to Alaric Chiu. With a solemn feeling in the air, the school oli and a prayer were offered before lunch.

The lū'au featured a delectable spread, which was donated and served by parent volunteers. The menu included local favorites like lomi lomi salmon, sweet potato, chicken long rice, macaroni salad, chow mein and chicken katsu. There were also several salads, crabbed stuffed cucumbers and a variety of fruits and dessert options. The students and their parents, family members and teachers sat in groups throughout Jubinsky Hall enjoying each other's company. It was the perfect end to yet another busy week at school and a fun and festive way to kick off the Memorial Day holiday weekend.