Skip To Main Content
An Alumna Right at Home

Fifty years ago, Sue Ann Wargo received her high school diploma just a stone's toss from where she works today. As the admission associate St. Andrew's Schools with her office in Transfiguration Hall, Sue Ann has come full circle. You can often hear her laughing with prospective students and alumnae alike. Every day, she pours her heart and soul into the school that gave her a sense of community and engrained itself in her heart for a lifetime.

Sue Ann started her tenure at St. Andrew's School in 1980 and at nearly 39 years of service, she is the longest serving member on the school's staff. A former first grade teacher before joining the team in admissions, Sue Ann currently serves on several school committees and always lends a helping hand at campus events throughout the year. She is an active member and volunteer at St. Timothy's Episcopal Church. And she recently received news that she is the recipient of an honor that is near and dear to her heart: the 2019 Queen Emma Alumnae Award.

When she was handed the white envelope containing the award letter, Sue Ann was mystified as to what was inside. She said she knew something was up because both members of the school's advancement team showed up at her office door. Even so, when she read the news, she was shocked.

"I was touched and misty-eyed to learn I'd received this award," Sue Ann said. "I didn't even know that there had been a call for nominations because I normally see notifications and am invited to submit recommendations." 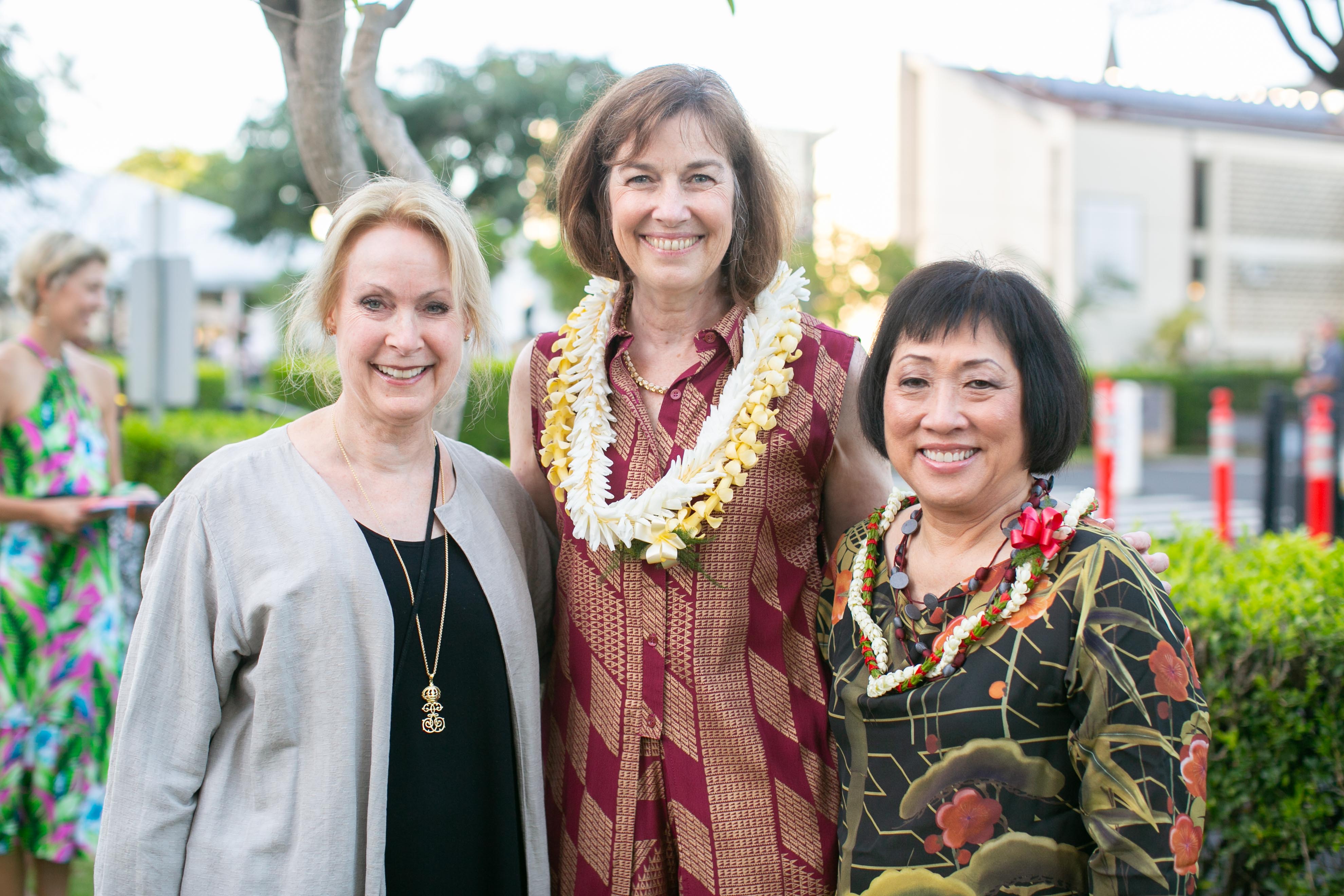 Becoming A Golden Girl
Sue Ann's journey to our small school in historic downtown Honolulu was an international adventure. Her father was an Air Force pilot whose job took their family to several locations around the globe. Throughout her youth, Sue Ann lived in five states and two countries. When her father was stationed at Hickam Air Force Base during the end of her high school career, he tasked his daughter with finding a school to attend.

"I thought I would graduate high school in California," she said. "But here we were, and public school wasn't an option. So, I started making phone calls, looking for a girl's school. Turns out, a competitor school was full, so I called The Priory and that made all the difference in my life."

Joining a class of 60 other girls in senior year could have been challenging. Instead, that phone call not only set into motion friendships that would last a lifetime, it also laid out a career path and instilled a sense of belonging.

"When I was growing up, we moved a lot and many of my friends had been friends since they were little," she said. "I didn't have friends from when I was young. Although 13 of my classmates from The Priory were daughters of The Priory, many were not. Everyone was so welcoming, kind and friendly and I was grateful to be here."

When Sue Ann attended her tenth high school reunion, she had a change of heart about where she wanted to live. The following year, she moved back to O'ahu with no job. That leap of faith paid off when she was offered a job teaching first grade at her alma mater. She worked in that role for 16 years until moving to the admissions and financial aid team in 1996. Her step-daughter, Jennifer Grems, and granddaughter Alexis Grems, daughter of The Priory, also attended The Priory and graduated in 1987 and 2010, respectively. 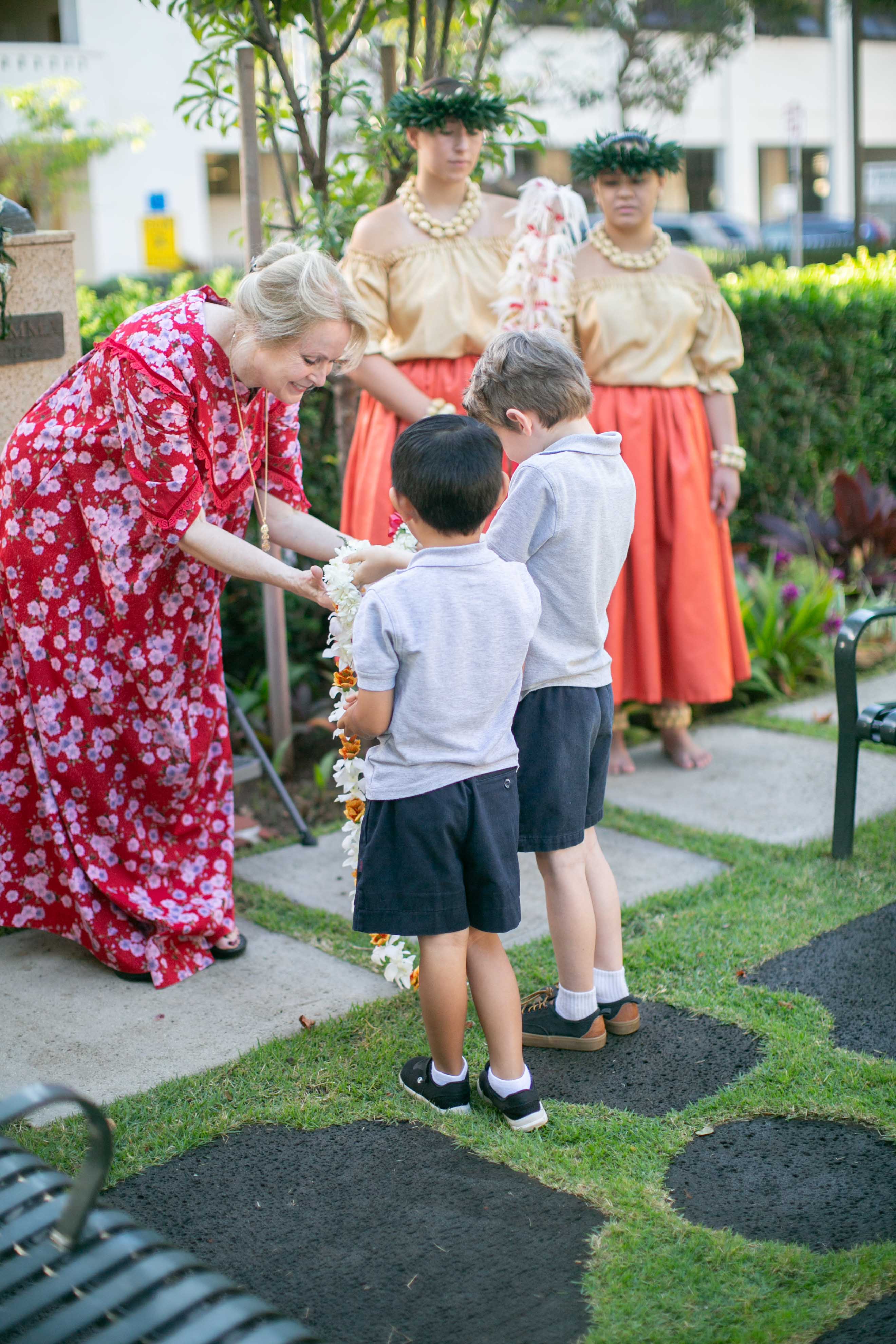 It's a testament to the strength of The Priory sisterhood that nearly 40 of the 61-member Class of 1969 will be gathering for their 50th reunion next month as they become "Golden Girls." When Sue Ann reflects on her connection to The Priory – both on a personal and spiritual level – she speaks of a strong sense of place and the connection students develop through their time at the school.

"It's such an amazing school for young women," Sue Ann said. "What's really been exciting to me is that we've stayed true to our academic strength, Episcopal values and Hawaiian culture. We've grown so much in that while continuing to honor Queen Emma and her vision for the children of Hawai'i."

Giving Back
At their 40th reunion a decade ago, Sue Ann and her classmates discussed doing something to help the school. They concluded that if they could get 25 members of their class to give $200 for each of ten years, they could raise $50,000 to gift to the school. One handed over a check for $2,000 right there and many more made verbal pledges.

A couple of years ago, Sue Ann and Kela Holt '69 asked Director of Institutional Advancement and Community Relations Jennifer Burke for assistance and started a grassroots marketing campaign by sending letters and emails to 1969 graduates. After the initial campaign was started, the fund grew to $20,000. More follow up communication was pushed out and the account continued to grow.

True to form for a class that doesn't do anything in a small way, the Class of 1969 not only met but also exceeded its goal. These spirited ladies will be officially announcing the total amount of their gift to the school at the upcoming reunion. Perhaps the proudest among them will be the person who was the last to join their class.

"I think most of us here at St. Andrew's recognize Sue Ann's loyalty and love for this school," Stephanie Jones, director of admissions, said. "It's no surprise to me that she's receiving this honor. She's been a driving force behind her class' accomplishment."

Organizing her class fundraiser for the school isn't the only philanthropic hat Sue Ann has worn over the years. She's also fed and trapped, neutered or homed at least 30 stray cats on campus. "We used to have cats crawling all over," she said. "We're now down to just one."

Where did all the cats go? Many of them have made their way into her – and other colleagues – homes. Right now, Sue Ann and her husband, Peter, are the proud fur baby parents to five cats she rescued from campus – Alani, Healani, Makalani, Malulani, and PJ.

In the Spirit of Queen Emma
Selfless service to others, leadership and achievement. These are just some of the qualities exemplified by our beloved founder Queen Emma and have been nurtured in the students of St. Andrew's for generations. They are also the criteria by which the annual Queen Emma Alumnae Award winners are selected.

It is truly fitting, then, that this year's recipient not only lives out these qualities through word and deed, but also shares her gifts and spirit every day at her alma mater, welcoming the future graduates of St. Andrew's to the school that she loves.

Mahalo, Sue Ann, for finding your way here – and making it your home.