request info
Cracking the Code at The Priory 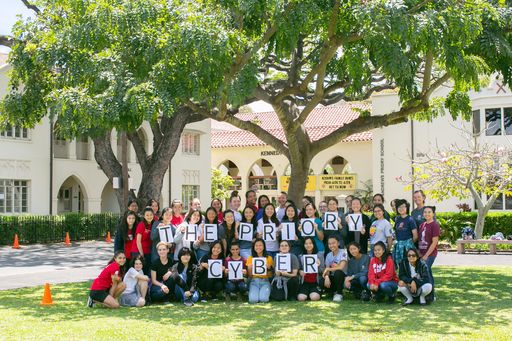 Students at The Priory at St. Andrew's Schools have spent the last several months cracking cybersecurity code under the guidance of their advisor Mrs. Danelle Landgraf. Several students won big in this year's national Girls Go CyberStart program, backed locally by Governor David Ige. The competition wrapped up last week with four students from The Priory at St. Andrew's participating at the national level in the final phase of the three-part challenge from July 5-9. 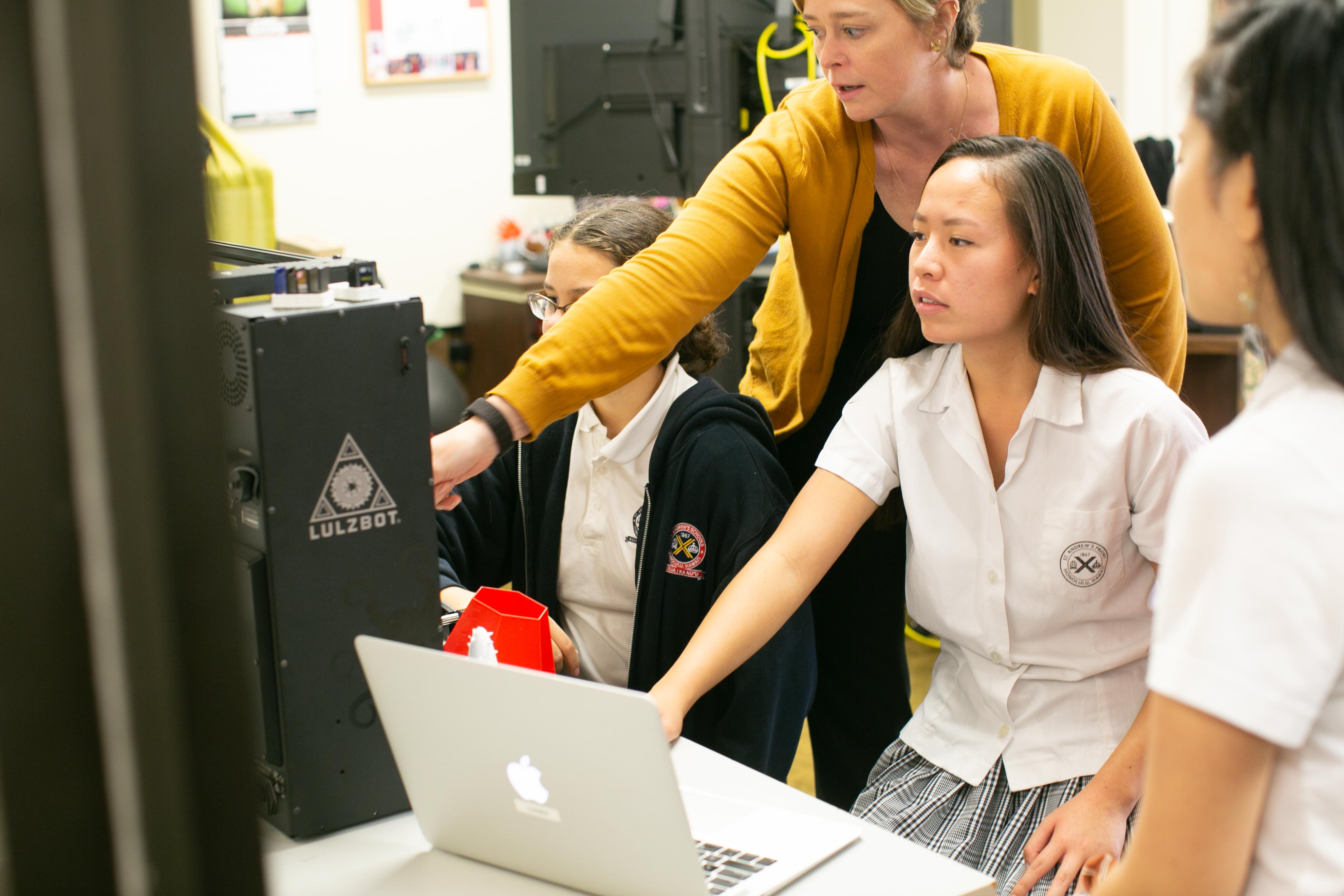 "I am thrilled to see the excitement that Mrs. Landgraf has generated amongst our students with this program!" exclaimed Upper School Principal Nichole Field. "She has brought out the curiosity and potential for many of our students who were able to tinker in the computer science world. It's so exciting to know that such a high percentage of our students have engaged in the program and in doing so, have built their confidence and enthusiasm about the field while also being exposed to the important topic of cybersecurity."

The Priory's team – called The Priory Cyber – placed second in Hawai'i in the final phase, called "Compete." The team, which consisted of Fay Cordeiro '20, Gabby Gima '19, Nina Pandya '19 and Anika Shin '19, placed 28th out of 70 teams nationally. Four students also received $500 scholarships for being top scoring juniors and seniors in the state. Congratulations to Emma Fong '20, Gabby, Nina and Anika for their excellent showing!

The competition began with The Priory garnering first place in Hawai'i for the first stage of the challenge, called CyberStart Assess. More than 10,000 girls across 27 states took part in the first round of competition. The Priory's team consisted of 70 students – or 60 percent of the total high school – which was the largest in the state and was rewarded with a pizza party from the local CyberStart chapter. 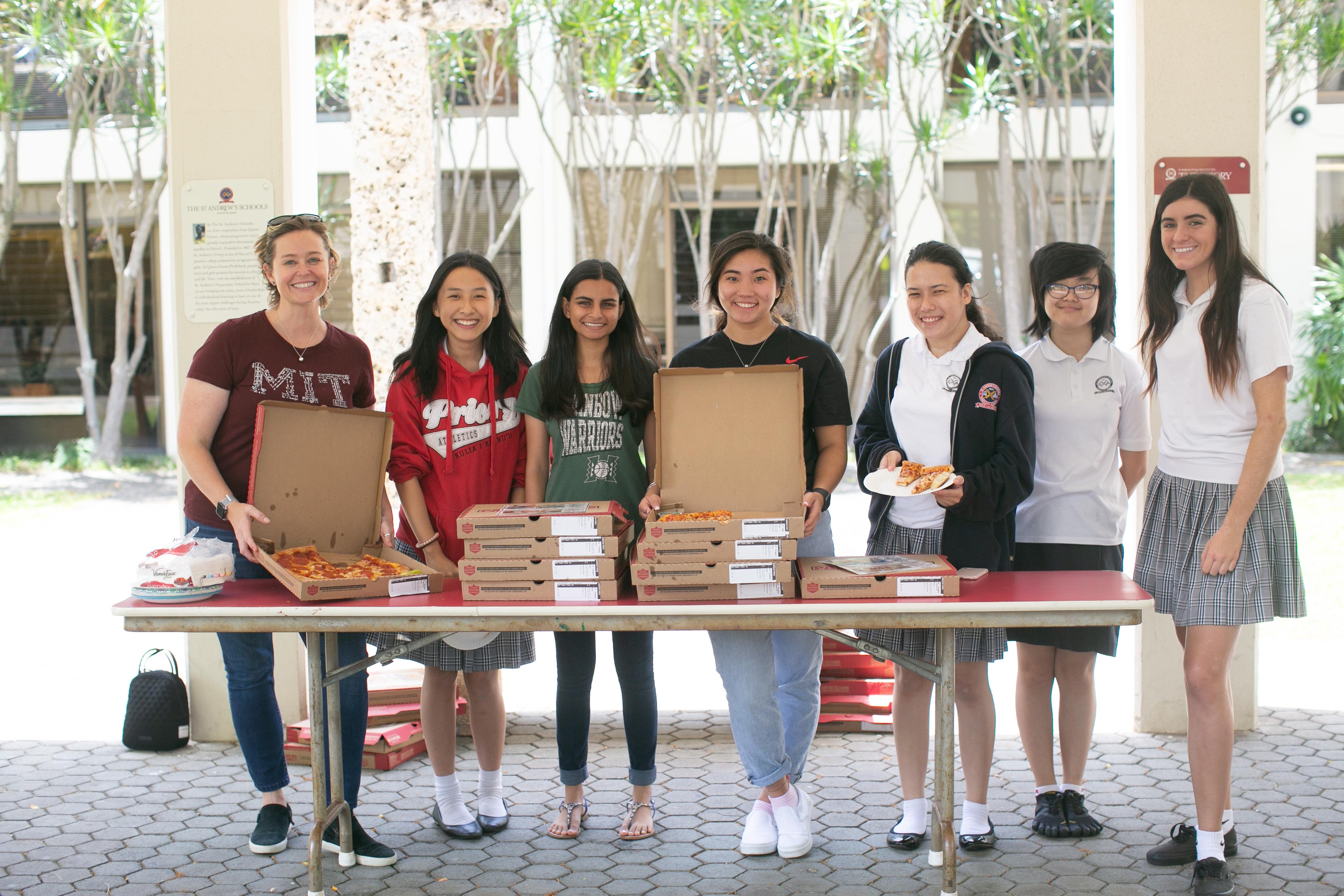 At the end of round one, 6,600 girls across the country – including 40 from The Priory – performed so well that they were invited to round two of the challenge, called CyberStart Game. The Priory placed second statewide in phase two of the competition.

During CyberStart Game, the students participated in a series of online challenges that allowed them to learn about topics like cryptography, Linux and digital forensics. Students acted as cyber protection agents and solved puzzles related to cybersecurity topics. They needed to understand the hints and clues while using problem-solving and technical knowledge to crack the code. In order to qualify to play in the Game portion of the challenge, schools needed to have at least five team members.

Following the CyberStart Game, four students from The Priory advanced to the third and final phase of competition – CyberStart Compete, an online Capture the Flag competition, garnering the second-place finish and student scholarships.

This was the inaugural year a team from The Priory participated in the challenge, which is designed to teach girls about the exciting and important field of cybersecurity. The SANS Institute sponsors Girls Go CyberStart in hopes of encouraging females to consider a career in the field. The program's website states that there is a shortage of cybersecurity experts in the U.S. and that these skills ensure a safe place for Americans to live, work and play online.

Mrs. Landgraf is excited that the students have been exposed to the field. She says that the program is designed well and is a great way to get the students interested because it is fun. This is the first year the school participated, and Mrs. Langraf says she plans to get involved in the challenge again next year.

"I wanted to give them the opportunity to be exposed to computer science, especially cybersecurity and see that they can code," Landgraf said. "I also wanted to spark interest in computer science because it is one of the fastest growing fields. Two of the highest scoring girls had never done anything with computer sciences before we began in February!"