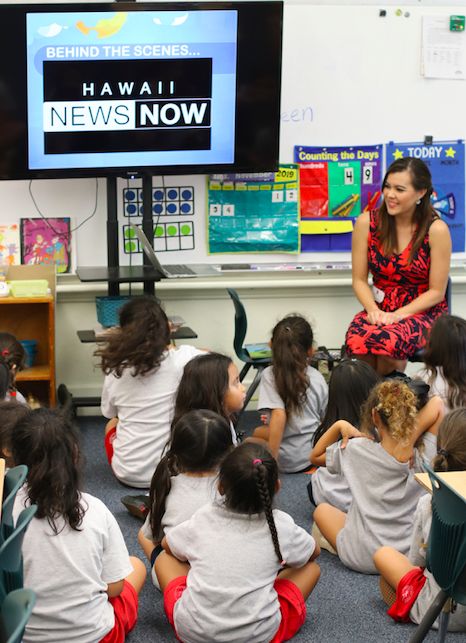 The kindergarteners at The Priory got a special visitor this week from Hawaii News Now (HNN) Meteorologist, Jennifer Robbins. Robbins came to speak to the girls about what she does at the news station and about the different kinds of weather. Ms. Griggs, one of the kindergarten teachers at The Priory, originally connected with Robbins when she came to speak at a school where Griggs previously taught. "I looked up her contact information on the HNN website and reached out to her, and she was kind enough to accept the invitation," says Griggs.

The students have been learning about different kinds of weather — sunny, rainy, snowy, cold, severe — in Science and how to be prepared. They learned about what a weather forecast is by exploring the HNN website, where they also viewed video clips of Robbins doing the weather forecast on the news. "Throughout the unit, the girls have been very curious about how all of these weather phenomena occur, so I thought it would be good for an expert to come in and share what she does," says Griggs. 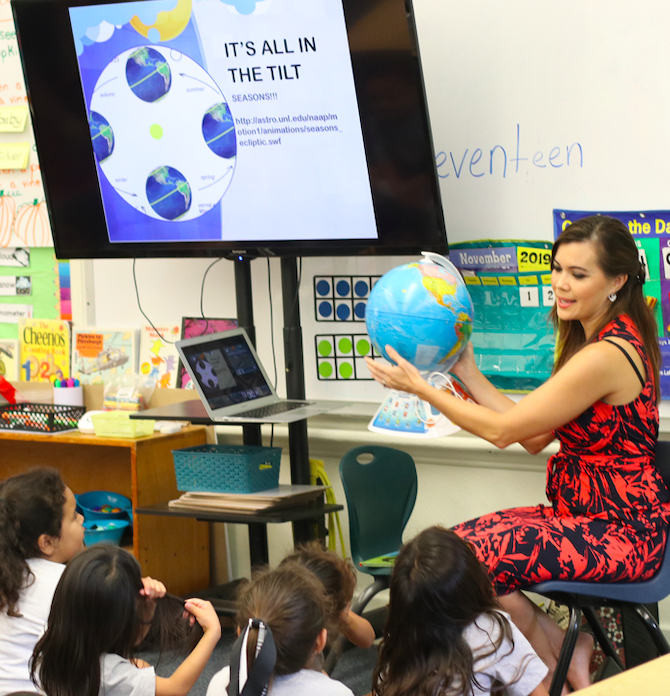 Robbins' presentation on meteorology was filled with photos, videos and props as she covered a lot of ground, going beyond just temperature and rainy weather — she dug into the tilt in the axis of the earth determining seasons, types of clouds, condensation, and the orographic lifting around the Koʻolau mountains. Though she covered a wide breadth and depth of topics while using "fancy" words (as she called it), she kept the girls engaged by asking questions and actively listening to all their answers. At one point, she asked, "Who knows what the shape of a rainbow is?" Hands flew up into the air and she called upon Vivienne Tso to answer.

"Yes," Robbins confirms, "you girls are so smart!" Turns out, Vivienne has a book about rainbows and is the class expert on them.

On a personal note, Robbins took some time to tell her story, about how she achieved her dream of being a meteorologist. She explained that at times it was hard because it required a lot of science and math courses that were very difficult but wrote a letter of encouragement to help her focus on her goals and vision for her future. She encouraged the girls to visualize what they want to do when they get older and work hard to achieve it.

When it was the girls' turn to ask questions, everyone's hands went up in the air, as they were excited to ask the questions they prepared ahead of time.

"I thought her presentation was very engaging! She extended what we were learning in the classroom and gave the students a lot to think about," says Griggs. "She is a successful, hardworking member of our community and a great role model for the girls!"

Robbins extended an invitation to the kindergarten class to visit the HNN Newsroom. They will be following up on that invitation and hope to visit soon! 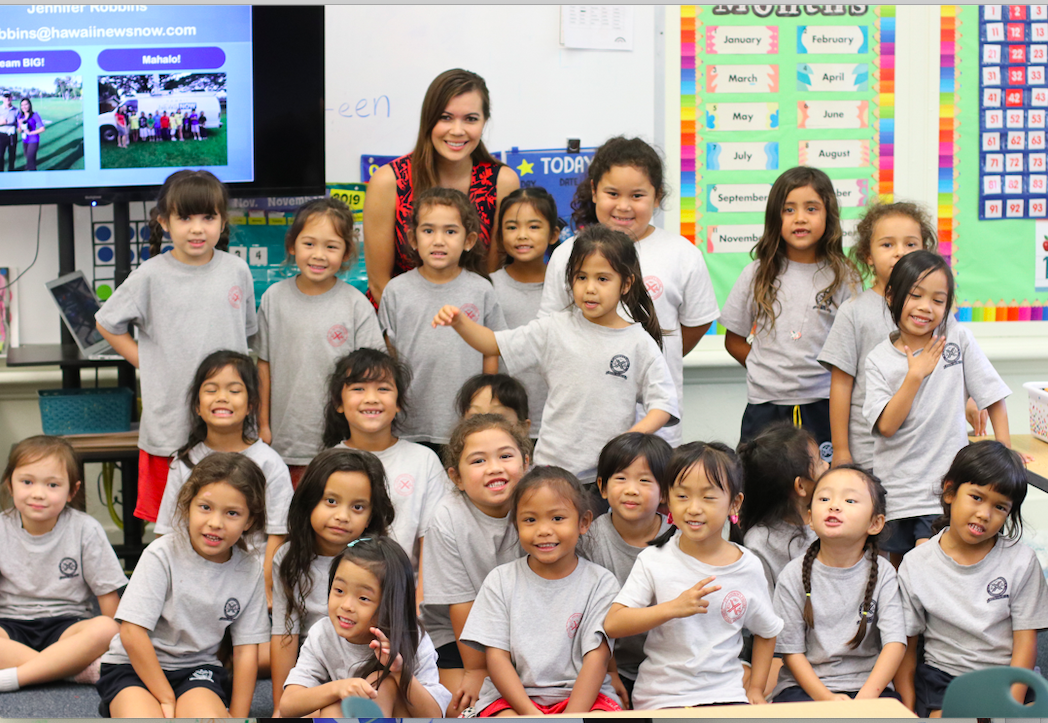