request info
Special Memories Made at the 11th Father-Daughter Ball

Fathers were encouraged to wear their "funky" dancing shoes, a tradition started by the committee during the first dance. Images by Steven provided the couples with professional photos and Upper School Teacher Misha Matsumoto created a slideshow during the event that was shown during dinner.

Head of School Ruth Fletcher, Ph.D., opened the evening with a message about the bond between fathers and daughters.

"I love this event because it gives us a moment to pause and reflect on relationships that matter in our lives," Fletcher said. "Dads and daughters share a special bond – and the relationship you build with one another lasts a lifetime. Daughters who have a good relationship with their fathers have high self-esteem. They believe they can achieve their goals, and they understand the importance of working hard to reach their dreams!"

Fletcher also shared a bit about her own dad with the girls and their fathers. She told them her father would be turning 87 later this month and that she still calls him weekly to talk about life or ask for his advice. "He has always been there for me in my life journey – just like your dad will be there for you," she said.

Fletcher commended the dads for their part in helping to raise strong confident and compassionate women that will have the courage and strength to be changemakers in society – just like our school's founder, Queen Emma. 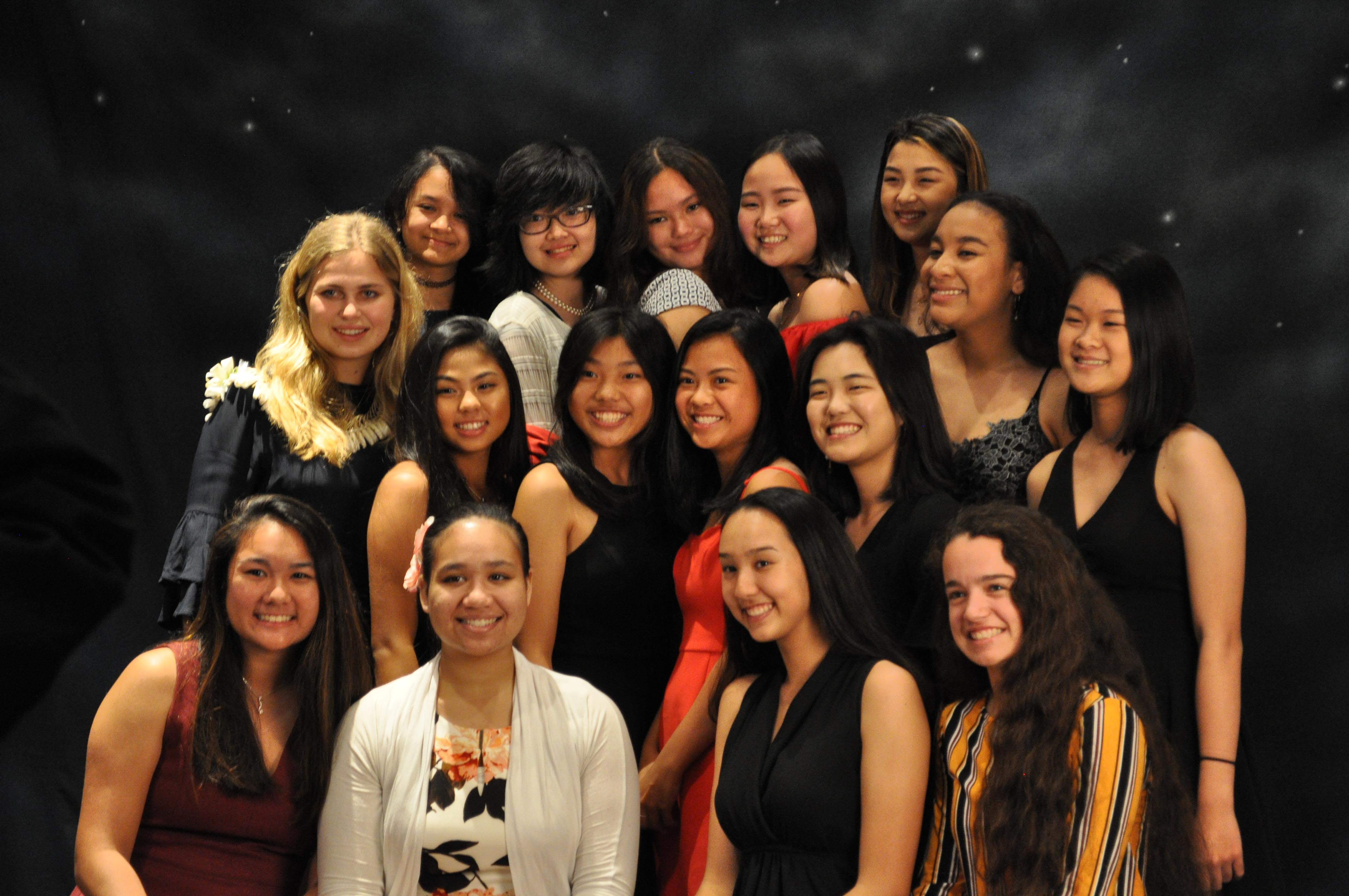 One of the event's organizers, Mark Pennington, shared some fun facts with the crowd. He told attendees that there were 12 sets of sisters in the crowd and that there was a two-way tie in second grade for the first RSVP between Kaya Chang and siblings Taylor and Kendall Nekota. Pennington also revealed that sophomores had the largest showing at the event with 17 students. First grade was in second place with 15 attendees and there was a three-way tie for third between kindergarten and the junior and seniors, all with 11 students.

Some students attend the event with a special male role model who has made positive contributions to her life. Such is the case for freshman Jemma Stollberg, who has attended the ball since kindergarten. Her godfather, Mark Lepick, has accompanied her to the event for the past decade. 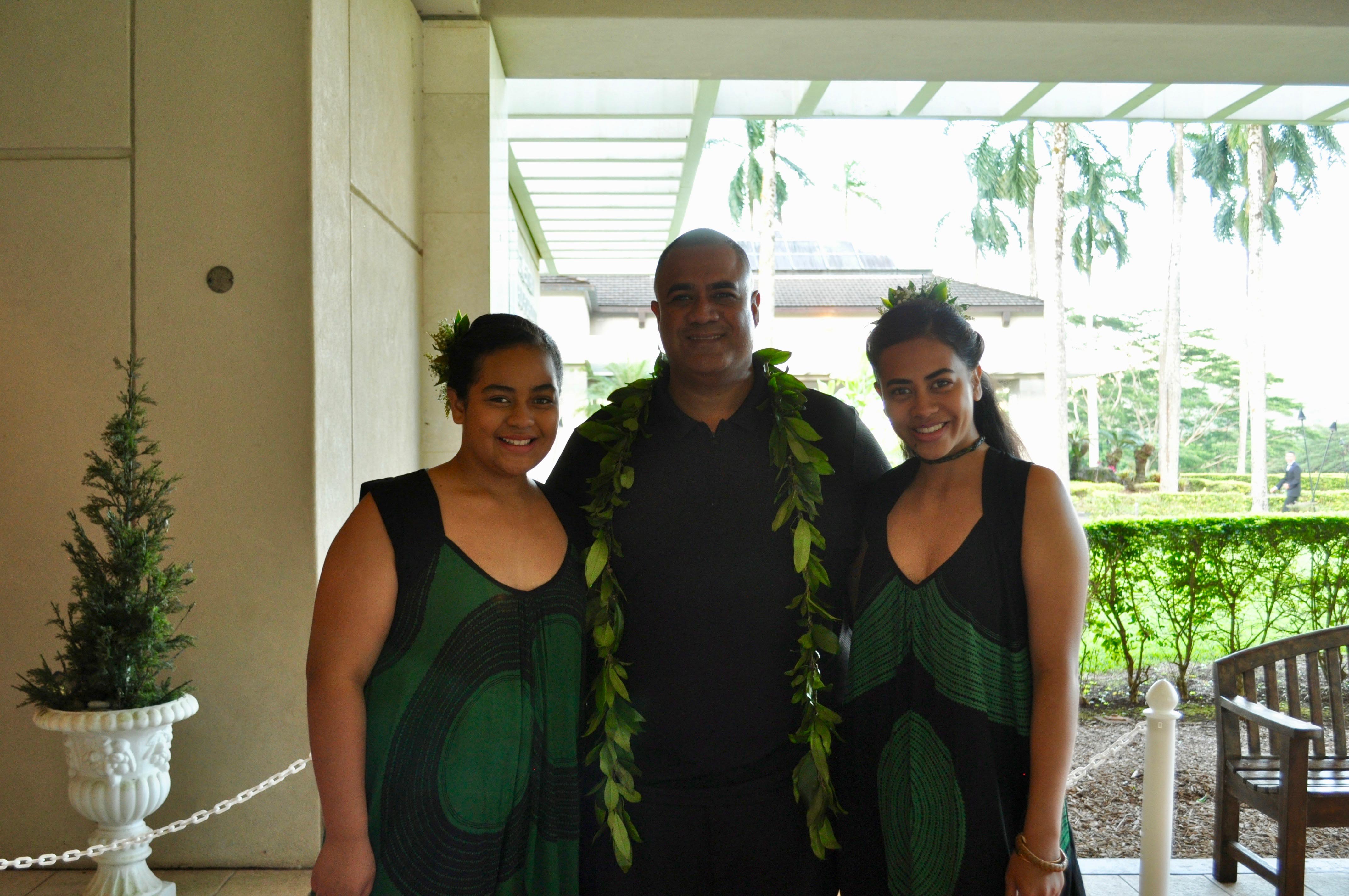 For others, it was the first time attending the ball. Sonny Reyes and his two daughters – senior Acey and sixth-grader Lindley – had a wonderful time spending quality time together, and Reyes sees the event as an important milestone for girls. "It prepares the girls on how to be treated and what to expect when going out with their friends or a date," he said.

"Dancing with my daughters during the father-daughter dance was great because of the connection and bonding moments," Reyes said. "My favorite song was 'Dance with My Daughter,' which I shared with my sixth-grade daughter. We had a great experience and the event was well organized."

The Father-Daughter Ball is a long-standing tradition that continues today due to a core group of parents who started the event for their daughters and future St. Andrew's families to enjoy. The event was originally conceived by The Priory's Dad Club while Pennington was president, the Matsumoto family, the Richards family, the Shimoda family and Sheliah Lee. Traditionally, the event is emceed by a dad whose daughter graduated the previous year. Peter Young emceed this year's event.

Today, the event is still made possible by this core group of individuals, who put in a generous amount of time and energy to ensure the event's success and longevity. Each person who lends a loving hand to the event is ensuring we are living our educational philosophy, which includes fostering well-being in mind, body, and spirit to ensure a child's healthy growth and development.

Mahalo nui loa, The Priory 'ohana, for all you do for our girls!