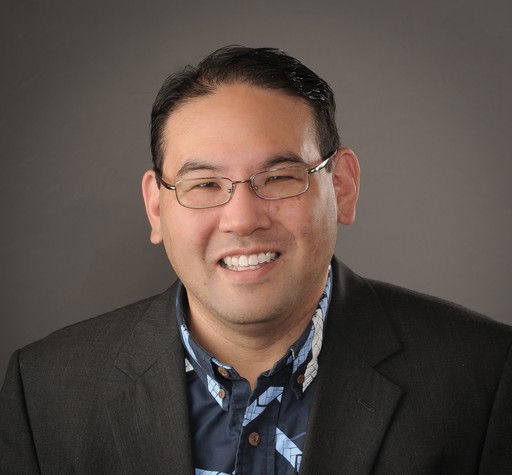 Article written by Lee Cataluna
This story appeared in the July 8, 2018 print and online editions of the Honolulu Star-Advertiser.

In between meetings, Winston Sakurai was unboxing and assembling chairs for his new office. This was his first week on the job as principal of The Prep. He figured school maintenance staff had other projects and, besides, the metaphor of putting things together fit where he is and what he's about to do.

The Prep, which opened in 2014 on the campus of St. Andrew's Priory, has 50 students in grades K-4, with approval to expand to grade 6 in the coming years. Sakurai will lead the all-boys school "on a campus that has a rich tradition of educating all girls," he said. While other single-gender schools like Damien and St. Francis have gone co-ed in recent years, The Prep is on the same campus as The Priory, but classes are not mixed.

Sakurai's plan is to lead with empathy, both as a leadership style and as the focus of the curriculum. The current buzz in education is STEM (science, technology, engineering and math). Sakurai said he sees empathy as crucial to STEM, a valuable asset to all the measures of college readiness and career success, and just a fundamental way of being in the world.

"STEM is not just about technology. It's what you do with it. It's about understanding how it serves people. There's a purpose behind what you do," he said.

Sakurai has long known that his purpose was in education.

He was often in the news in the 1990s when he became the youngest voting member of the Hawaii Board of Education. He served as a student member of the BOE when he was in high school, but in 1993, he was appointed to the board by Gov. John Waihee. He was just 20 years old, a sophomore at the University of Hawaii at Manoa. His mom would drive him to board meetings. Sometimes, he caught the bus. He served until 2002 and learned how school systems function and what creates dysfunction.

"That experience was the best professional development," he said.

He grew up in Kaneohe, the son of an air-­conditioning repairman and a school cafeteria lady who believed in hard work, being generous to all and the transformative power of education. Sakurai graduated from Kalaheo High School in 1991. Before that, he attended Aikahi Elementary and Kailua Intermediate.

"Between my kindergarten and eighth-grade years, I had eight different principals," he said. It might not seem as though something like that affects students, but Sakurai said kids notice.

"I had some wonderful teachers, and I felt sorry for them because they had to go through all of that every year," he said. He felt for the principals who didn't last past a year. "It's difficult to lead a school," he said. "Movies always make fun of the principal as the mean guy who doesn't know anything."

It made him want to be the supportive principal, the stable leader, the one who helped teachers and students do their best. That takes empathy.

"It's looking at how can you support rather than manage," he said. "Nobody likes to be micromanaged."

Sakurai came to The Prep from Hanalani, a private parochial school in Mililani where he served as principal of the upper school since 2008. During his 17 years at Hanalani, he also led the lower school and taught a variety of subjects, including history and applied engineering.

His whole family is starting together at St. Andrew's Schools. His daughter will be in first grade at The Priory. His son will enter fourth grade at The Prep. His wife, Rochelle, former dean of college and academic services at Hanalani, will continue in college counseling at The Priory.

Sakurai brings to the job a different way of seeing the world. He is dyslexic, which made his own educational path a struggle, from elementary school all the way up to his doctorate in education. For him, dyslexia means he learns best by listening rather than reading. Writing can be a struggle.

"Half my dissertation was written by talking into a microphone," Sakurai said. He used assistive technology that basically took dictation, putting his thoughts into proper written format.

He calls dyslexia a "superpower" rather that a deficiency. Dyslexia teaches resilience, persistence and the understanding that people see the world differently, and that those differences can work together beautifully. Dyslexia also teaches empathy, he said.

When asked for examples of how he plans to teach empathy to the boys, Sakurai mentioned having students come up with solutions to plastic litter in the ocean or providing clean water in developing countries. "But starting at home is always the best place," he said.

Well, I countered, the school is in downtown Honolulu. Would your students take on the homeless problem?

Sakurai didn't blink an eye. "Yes," he said, of course they would. That's the whole point. "We see that not as a burden, not as a job. It's who we are. We use our talents, time and resources to help each other."