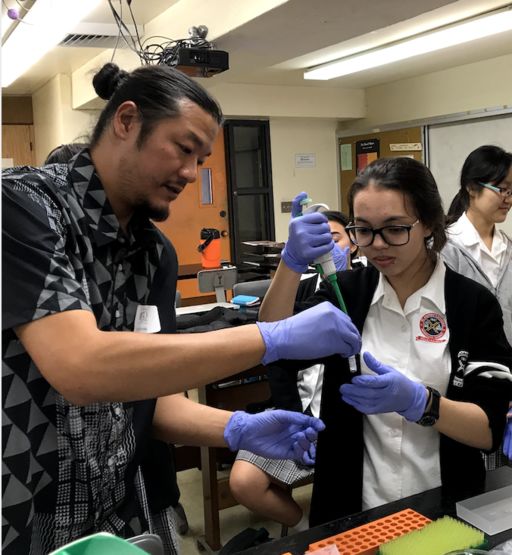 Last week, a handful of St. Andrew's Schools faculty and administrators were among the thousands of public, private, charter and parochial educators from across the state to attend the annual Schools of the Future Conference at the Hawaiʻi Convention Center. We were very proud to be a part of the many presentations that took place. In one of the sessions, Upper School faculty, Dr. Mai Luong was a co-presenter of, "ʻĀina-Informatics: Genomics for Your Classroom." 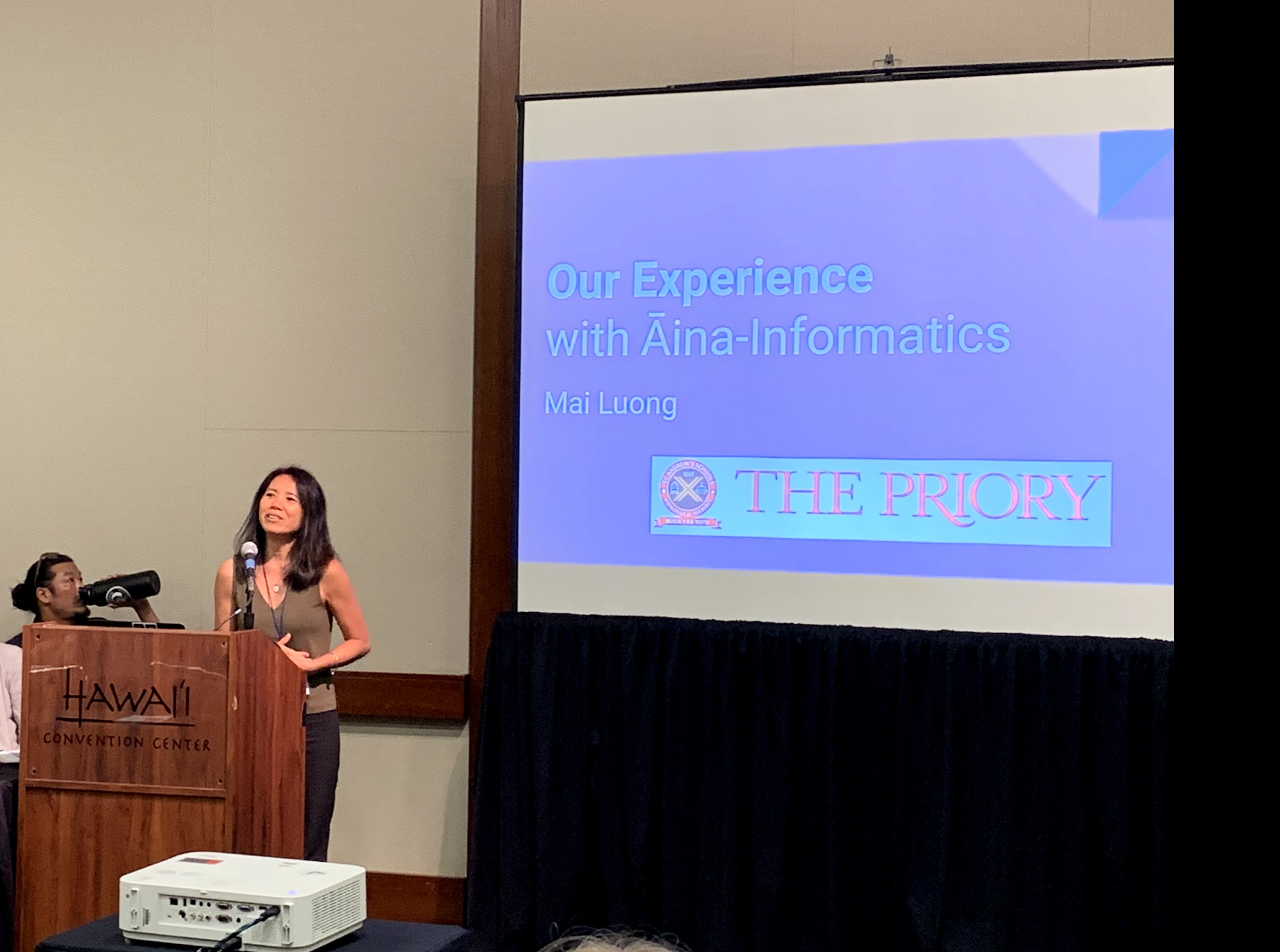 ʻĀina-informatics is a program funded by ʻIolani School with the goal of building a network of schools to collaborate on citizen science projects. This program is composed of mobile laboratory and an instructor that enables participating schools to do hands-on experiments with DNA. St. Andrew's Schools was chosen as the pilot site for this program. In her presentation, Dr. Luong showcased the work our Priory girls conducted using the mobile laboratory and what their findings were, part of which led to the opportunity to make a real contribution to Science. 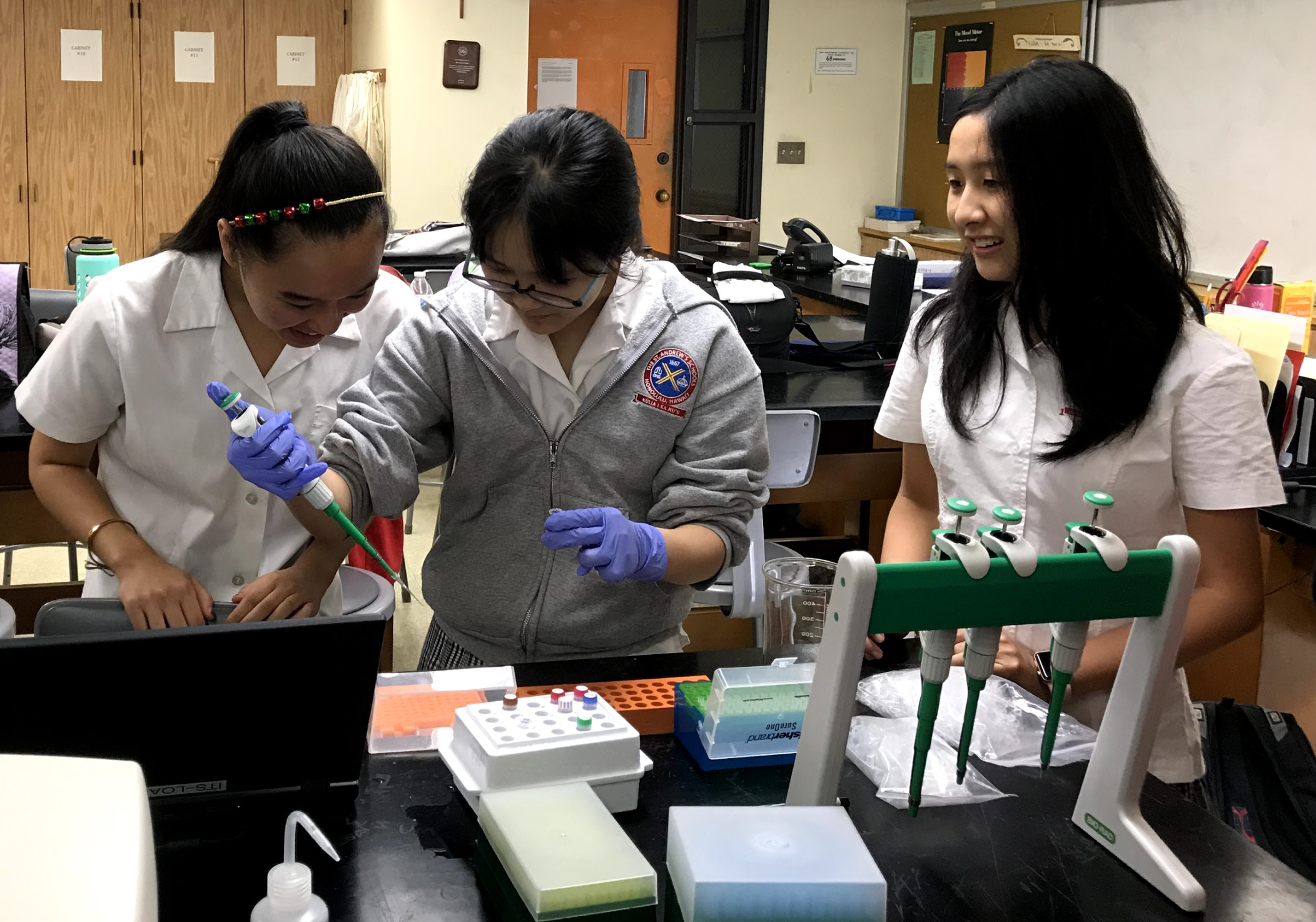 Dr. Luong described a lab experiment they conducted which sequenced the genome of a bacterium isolated from a lava cave on Big Island. Precision work by the students resulted in the successful sequencing of 800,000 DNA fragments, totaling 5.5 million nucleotides. Because these sequences belonged to an uncharacterized bacterium in the Bradyrhizobium genus, students had the honor of giving it an official name. The girls decided to name the bacterium after our school motto, Priory Pride or Bradyrhizobium Prioratisuperbia.

In other work, Priory students examine wild papayas to see if they've been genetically modified. To do this, students brought papayas from their backyards and extracted DNA to analyze for the presence of foreign DNA which is used to make the papayas resistant to ringspot virus. Students successfully analyzed 10 samples and found that the majority of their wild, backyard papayas were genetically modified. The one papaya sample that was not GMO had the obvious appearance of having the ringspot virus. This experiment demonstrated why GMO papayas were created and also the concerns about uncontrolled spread of GMO's to which was apparent from the samples they collected from their backyards. 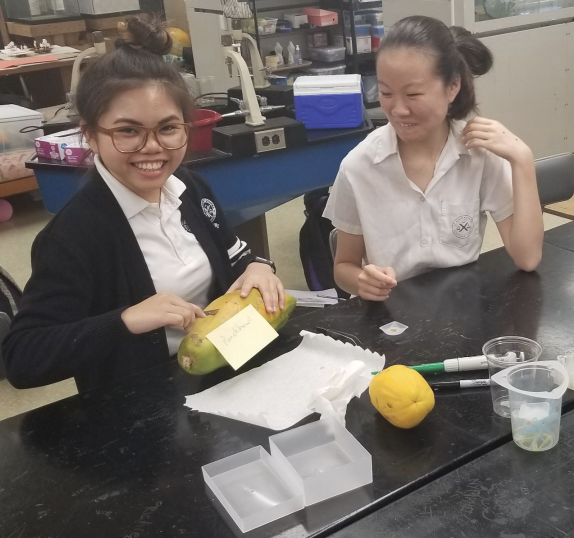 While this work is impressive, it only scratches the surface. With plans of adding an additional DNA lab in the Upper School Forensics course and incorporating DNA work in 5th grade science, there are many more contributions to science just on the horizon.