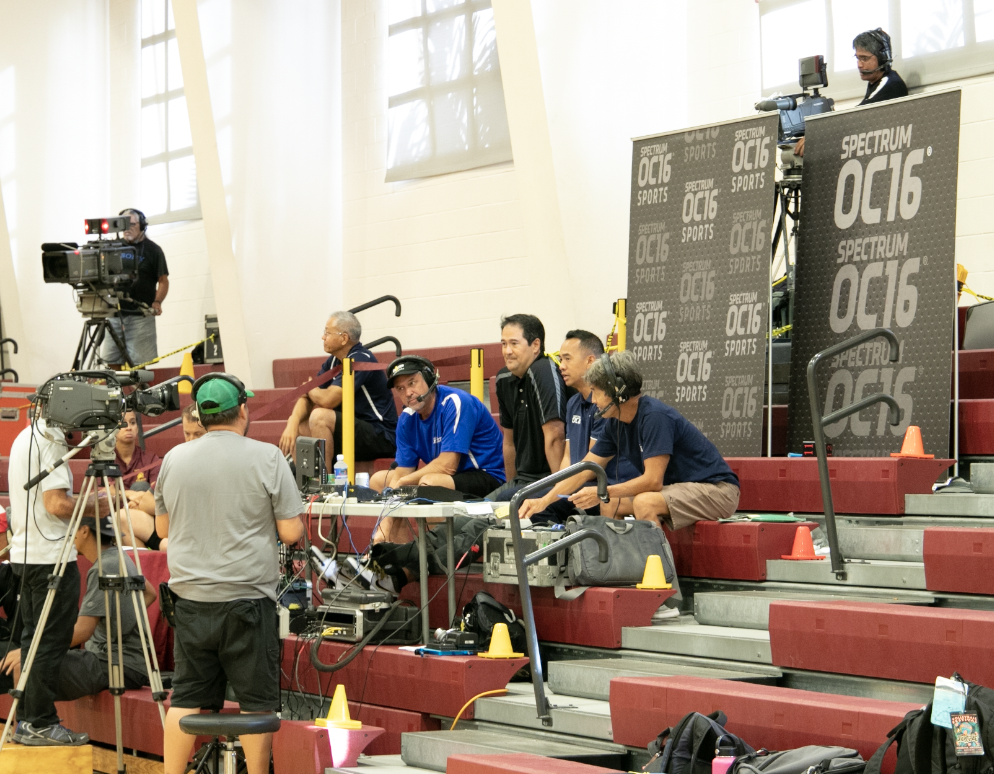 On September 10, the dynamic varsity volleyball team threw down on the hardwood against Island Pacific Academy (IPA) Navigators during a televised game at Maryknoll's Clarence T.C. Ching Gymnasium. The game, broadcast on OC16 was the first in at least 7 years to be televised and was well represented by Priory fans who painted the gym bleachers with red and white shirts and signs. The presence of cameras and OC16 announcers heightened the excitement of every point, like this big hit by Pilialoha Jones, '22. The bleachers rumbled with cheers and chants of support regardless of a hit or miss. This energy was felt by the players. Team captain, Kayin Bohnet, '22, recognized the turnout saying, "It was definitely amazing to play in front of such a big crowd of Priory fans!" 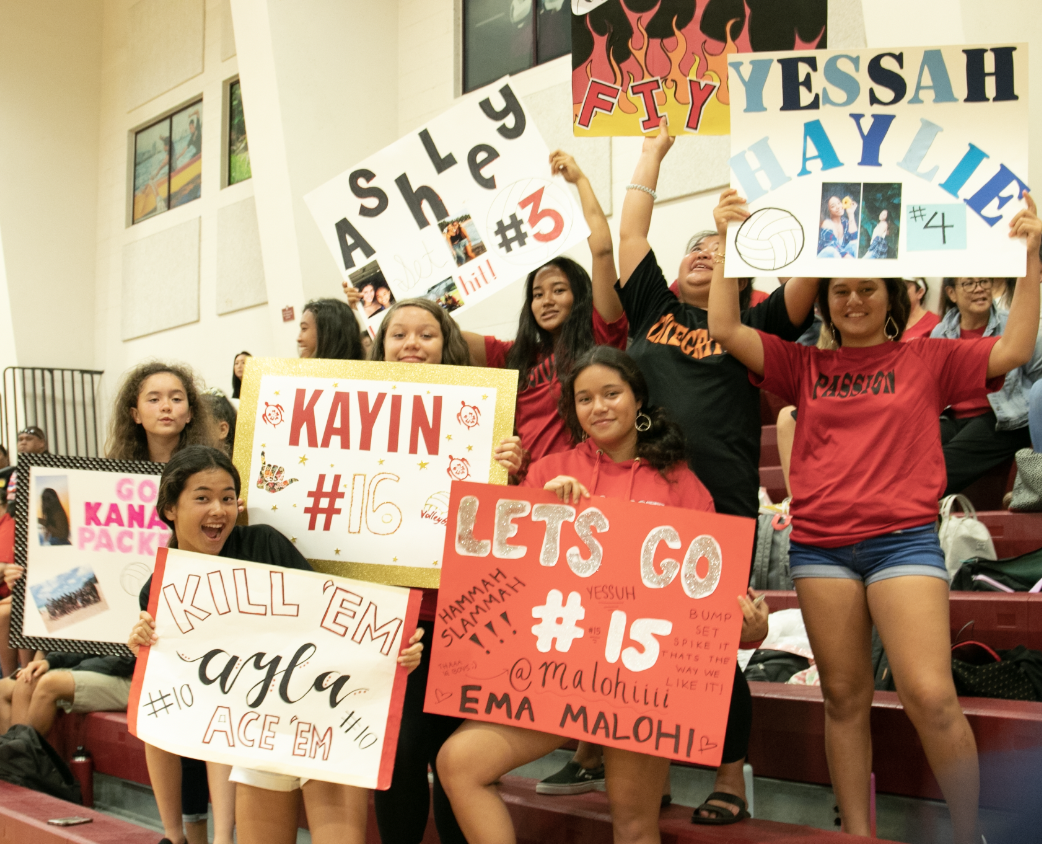 When asked what their goals are for the season, Bohnet says the team is striving to be the best. "We want to put another banner up in our gym. We want to be the D2 Champs this year and we are ready to work even harder for it." 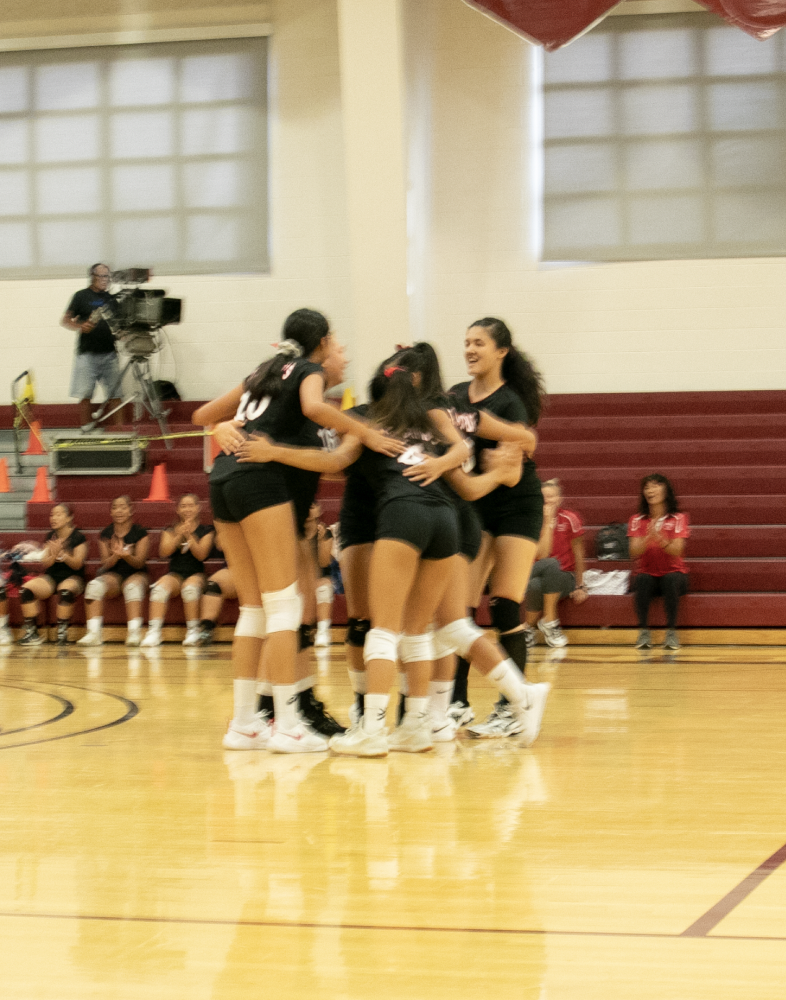 View more photos from this game in our September gallery.