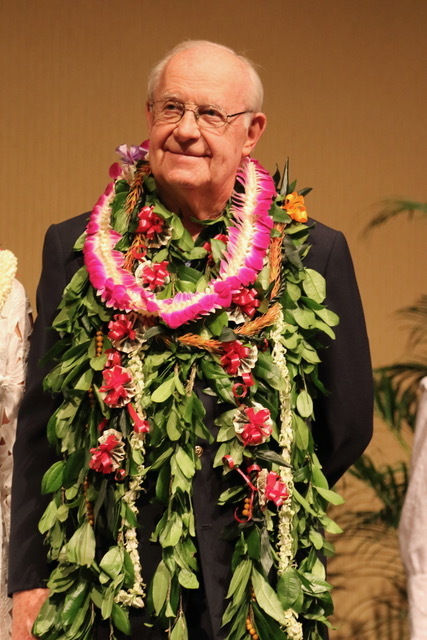 John "Jube" Jubinsky was born in northeastern Pennsylvania, the youngest son of Michael and Anna, a coal miner and housewife. After obtaining a B.A. in mathematics from Colby College in Maine and his J.D. from University of Chicago Law School, he followed his best friend to Hawaiʻi where, after a brief stint in the army, was admitted to the Hawaiʻi Bar in 1959, the year of Hawaiʻi's statehood. From 1960 to 1990, John practiced law at Ashford & Wriston, where he rose to partner. He then became a sole practitioner and Senior General Counsel for Title Guaranty Hawaii.

As the "Dean" of real estate law in Hawaiʻi, John was widely respected by his colleagues for his mastery of legal principles, practical judgment, fairness, and creativity in solving complex transactional problems. Many lawyers have openly marveled at John's ability to cut through to the heart of an issue and cause differences of opinion to disappear. In 2009, Honolulu Magazine recognized John as "Lawyer of the Year," and in 2014, included him on the "Best Lawyers in Hawai'i List." 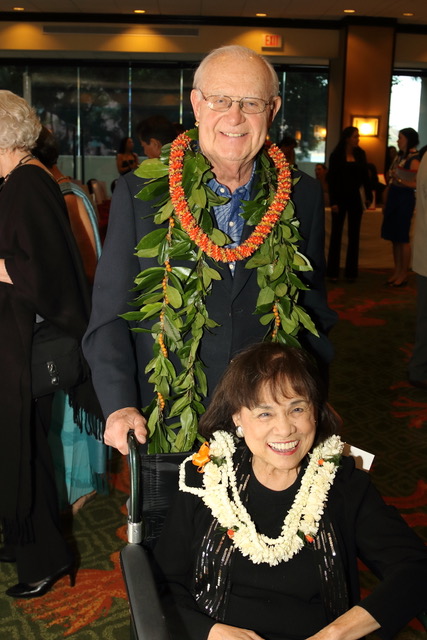 An avid golfer, wine lover, foodie, history buff, philanthropist, champion of education, and mentor to many, "Jube," as his family and friends called him, relished the game of life, was admired for his intellect and had a fierce love for and loyalty to his loved ones. John passed away on August 4, 2017, while surrounded by his family. He is survived by Teresita, his wife of 50 years, children Ruben and Melissa and spouses, and two grandchildren.

In 2016, St. Andrew's Schools honored John at the Queen Emma Ball, along with good friend Judy Pietsch, for his inspirational leadership, dedication, and service as an active member of the Board of Trustees for over 38 years. When asked what inspired him to contribute significant time and support to St. Andrew's Schools for almost four decades, John said "I believe in education and I believe in giving back," which was the hallmark of his immense and immeasurable impact on our school.

John was on the Board of Trustees at St. Andrew's Schools since 1979. During those years, John worked with seven heads of school and several diocese bishops. He saw the school mature, grow, and innovate over the years and was a leader in the school's most significant milestones, including recruiting countless trustees, raising money to build the gym, purchase land, and add Queen Emma Preschool to St. Andrew's Schools. He also persuaded then Supreme Court Justice Anthony Scalia to visit juniors and seniors at The Priory to provide mentorship and guidance in their career paths and decisions. Most recently, he facilitated a decade-long goal to finalize the purchase of the school's entry road and secure a 50-year lease for the park at Queen Emma Square.

John served as Chair of the Board of Trustees during the time that Father David Kennedy served as Head of School (1981 – 1995) at St. Andrew's Priory. Father Kennedy shared, "John was my 'rock,' sensible counselor, and dear friend. His death is a great loss to me personally, to everyone who knew him, and of course to the St. Andrew's Schools."

Judy Pietsch said at John's service, "Every trustee who served on the Board, knew that Jube was 'all in.' ... Jube's high standards, meant that his school had to be academically rigorous, but he also loved the school's small size, and caring personal attention. He witnessed these qualities when his daughter Melissa attended The Priory. In many ways, St. Andrew's Schools fits his simple roots, his small town background and his experience as a scholarship student and scholar-athlete at Colby College."

John's lasting legacy will continue through the naming of Jubinsky Hall, where today's St. Andrew's Prep students learn and play. In August 2014, John's friends raised nearly $400,000 and surprised him with naming the building after him on his 80th birthday. This building honors John's legacy of loyalty, leadership and vision as an exemplary trustee.

John was also a long-time donor through his named fund, the "John Jubinsky Scholar Athlete Endowed Scholarship." For over 17 years, the scholarship has supported several students each year; awarding their accomplishments for high academic performance and athletic pursuits. In 2017, three-year recipient Jordan Jones eloquently spoke at John's memorial service and students dedicated a beautiful hula and mele to him.

"Thank you for your generous gift through the Jubinsky Scholar Athlete Scholarship. It is an honor to be a Jubinsky recipient three years in a row. There are not enough words to describe how thankful and honored I am to be your scholarship recipient!" – Jordan Jones '18