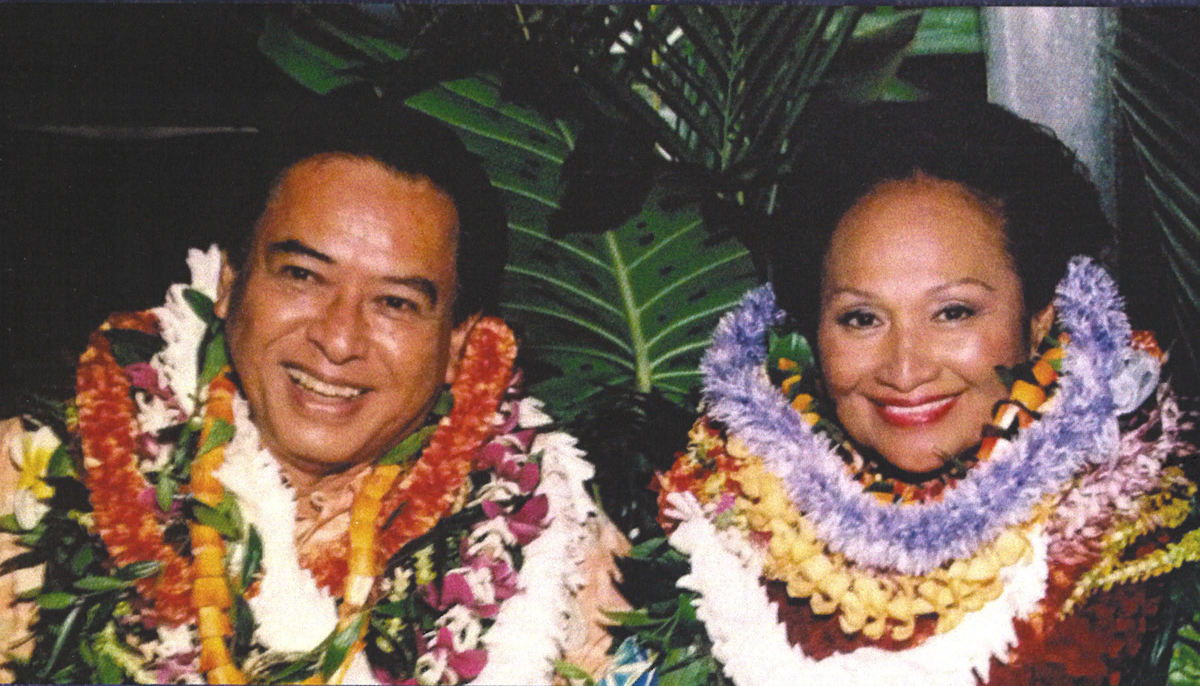 "I am the luckiest man in the world, I was able to live the most important part of my life with my one and only love, Mary Ann Ku'uleialoa Jesse Punua. From the day we met until the day she went to heaven, I was at her side. She can never be replaced. She is surely, one of a kind."

The Mary Ann Ku'uleialoa Jesse Punua Endowed Scholarship Fund at St. Andrew's Schools was created by Victor Kaleikaimana Punua to honor his beloved late wife, Mary Ann Ku'uleialoa Jesse Punua, who passed on June 13, 2013. The scholarship will provide financial aid to students at St. Andrew's Schools who best embody the qualities of Ku'ulei Punua – a deep love of family, hula, leadership, and dedication to the perpetuation of Hawaiian culture. 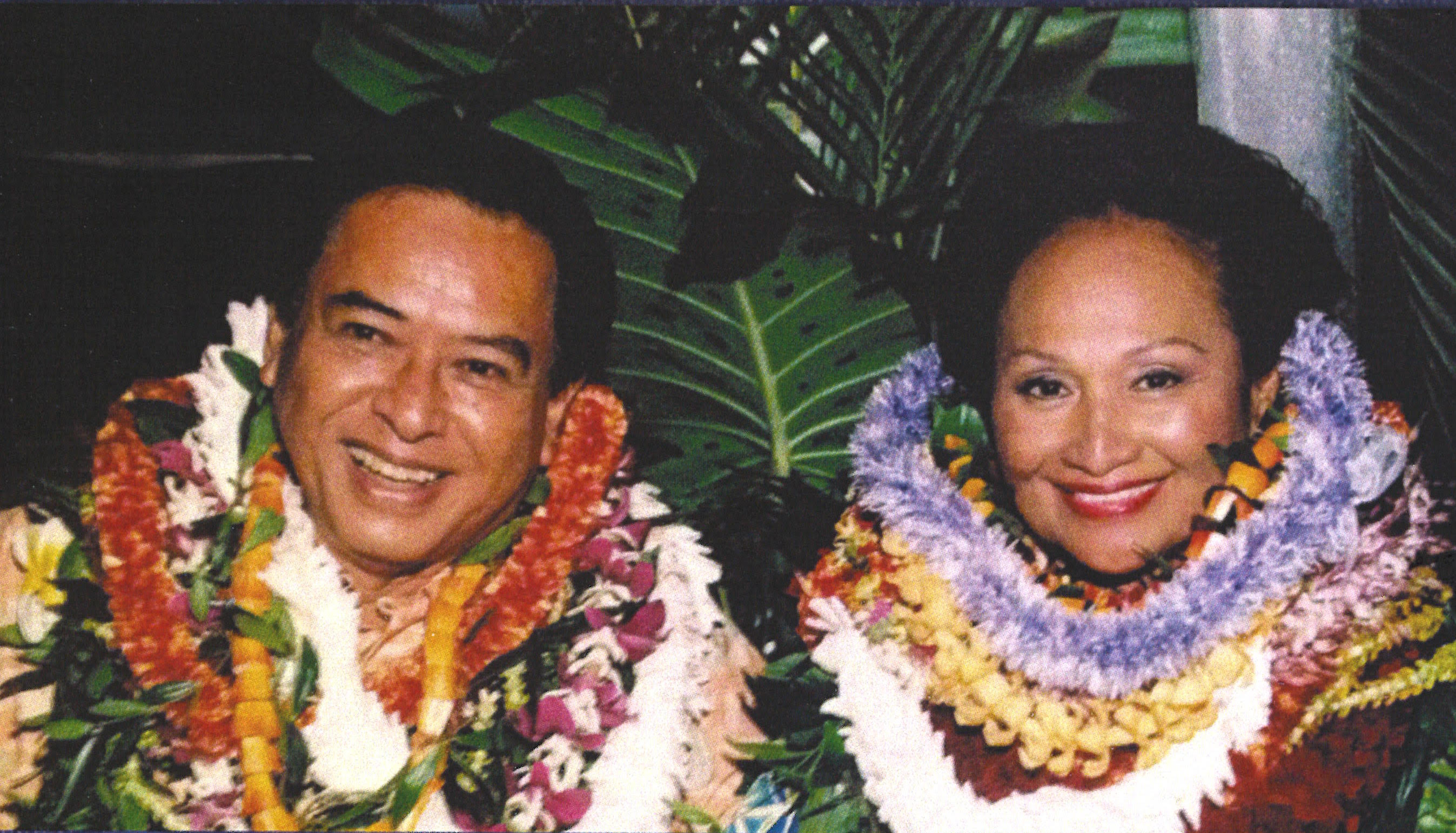 Mary Ann Ku'uleialoa Jesse Punua was born on March 30, 1934 in Ho'olehua, Molokai, grew up in Kapahulu, O'ahu, and later made her home with her family on Kauai. She was a devoted wife, mother, grandmother, and Kumu Hula of "Halau Hula O Ku'ulei Punua" on the island of Kauai for over 50 years.

Ku'ulei was a graduate of St. Andrew's Priory School for Girls, Class of 1953. As a student at the Priory, Mary Ann Jesse was confident young woman, active in Hui Hauʻoli, Hui Mahiʻole, the Camera, Latin, German, and French clubs, the Businettes, and was a Song Leader. It was during her time at the Priory that she met her future husband, Victor Punua, when she asked him on a blind date for a senior prom. Victor was a good friend of her cousin, and she had said he was a nice guy."Wow! This girl has a lot of guts," thought Victor. "She doesn't know me and is calling me to invite me to a dance? I was speechless." When the two met on February 3, 1951, it was love at first sight and they were married two and a half years later. A year later, Victor and Ku'ulei moved to Kauai to begin their lives and family together. Victor ran a successful insurance company and Ku'ulei taught thousands hula through "Halau Hula O Ku'ulei Punua." They were both active in the entertainment travel industry on Kauai and led Aloha Week during the Aloha Festivals. They traveled the world together teaching others about the beauty and significance of the Hawaiian culture.

Together, Victor and Ku'ulei had a blessed marriage with five children and eleven grandchildren, some of whom attended the Priory." She gave me all her love and a family that loves each other," said Victor. "She reared them with so much love that they now carry on this love to each of their families. We lived a life together that only God could have planned." Lessons of "doing your best," along with music and hula filled their lives and daily activities. Not coincidentally, in addition to their various professions, all members of the Punua 'ohana are musicians, singers, dancers and entertainers, and often performed together as a family in shows on Kauai during the pinnacle of Hawaiian entertainment.

Kumu Ku'ulei was only one year old when she started to learn the hula from her Auntie Lei Pahukoa Lewandoski on Maui. As she grew, she studied under Elizabeth Pahukoa, Ruby Ahakuelo, Iolani Luahine '35, also an alumna, Hoakalie Kamau'u and Kent Ghirard. Ku'ulei was a member of the Hula Nani's, recognizable for their exceptional grooming, costuming, floral decorations and choreography. She danced hula professionally during the 1940s and 50s at the top hotels with some of the best names in entertainment.

"Aunty Ku'ulei," as she was known at the Priory, was Kumu Hula with Aunty Leina'ala Kalama Heine in the early 1990s through 1999. She loved the Priory and devoted much of her time to the school. She extended her Halau to St. Andrew's and taught hundreds of students there while traveling back and forth from Kauai. Together with Kumu Hula Leina'ala, they worked together to bring back hula to the school and resurrected the tradition of the May Day program." Aunty Ku'ulei loved doing the May Day program and she was committed to creating a May Day program that encompassed the Hawaiian tradition for Queen Emma," said Faye Yamasaki, then 1st grade teacher and today's school librarian.

Ku'ulei impacted many students at The Priory during her time as Kumu Hula. One of them was Tupu Savaiigaea '98, who was in Ku'ulei's Halau from 7th – 12thgrade, and the May Day court during her senior year.

"Both Aunty Ku'ulei and Aunty 'Ala were instrumental in my hula journey. I learned to dance strictly for the 'love' of hula under Aunty Ku'ulei. Aunty 'Ala prepared me for competition and gave me more insight on the "Olapa" part of Halau. Both prepared me for my later years when I competed in Merrie Monarch and traveled to Japan to dance.

"Much opportunity and growth was provided to me while at the Priory. At the end of my 8th grade year, there was a possibility that my parents would not be able to send me to the Priory. But just before the summer, Father Kennedy, who was the Headmaster at the time, called my parents and told them I was selected to be a Weinberg Scholar and to re-enroll for next year!I later found out that it was Kumu Ku'ulei who advised Father Kennedy that 'Tupu isn't someone Priory should lose.'" It turned into the biggest blessing to complete high school at the Priory.

"The Priory provided me the foundation to grow into the woman I am today. It paved the way to continue as a student-athlete in college and the confidence to be successful in a male dominated industry of Finance/Banking when I started my career. The soft-skills I learned at the Priory also gave me the mental toughness to live and thrive in San Francisco for 12 years before I decided to move back to Hawaii to be closer to family. Many life lessons along the way that I may not have been an option had it not been for Aunty Ku'ulei.

"My experience is a small snapshot of the kindness Aunty Ku'ulei showed to others. Her unconditional love, her passion to serve, and her willingness to pass on her knowledge to the generations to follow - helped shape me into the woman I am today. And I am so thankful."

In 1994, the St. Andrew's Alumnae Association honored Kumu Ku'ulei with the "Alumna of the Year" award for her outstanding contributions to the school.Later in 2002, St. Andrew's Priory School honored Ku'ulei at Ascension Day with the inaugural "Ke Ali'i Emalani Award." The award recognized Ku'ulei's passion for teaching the students about Queen Emma's values and legacy. Mahalo to the Punua family for creating this endowed scholarship that will honor Aunty Ku'ulei Punua in perpetuity.