A 20-year Legacy of the Gift of Education

Over the past 20 years, The Phoebe Furtado Gedge and George Donald Gedge Endowed Scholarship Fund has provided over $490,000 in 95 scholarships to promising upper school scholar-athletes of Native Hawaiian ancestry. Through these scholarships, the Gedge 'Ohana continues to transform the lives of St. Andrew's students and their families for many years to come.

This scholarship is very special to St. Andrew's Schools, beginning with its founding on May 18, 1997 as The Phoebe Furtado Gedge Memorial Fund in memory of Priory alumna, Phoebe Furtado Gedge, Class of 1934. After Phoebe passed away in early 1997, her husband George Donald Gedge, or "Don" as friends and family called him, and their three daughters, Jill M. Beaupre, G. Donna Gedge and Catherine K. Payne, created the memorial fund at St. Andrew's Priory on the anniversary of Phoebe's birthday. 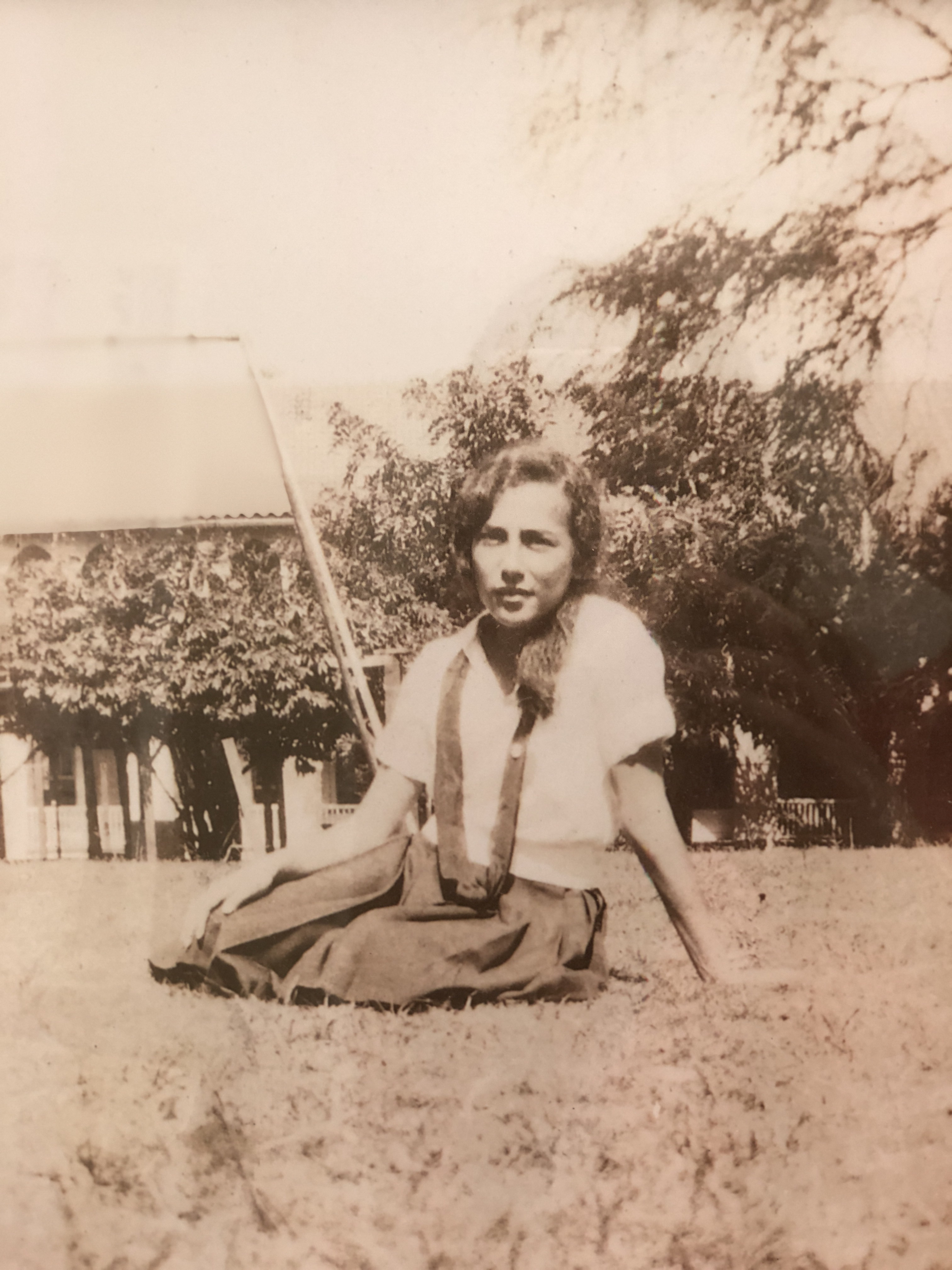 Phoebe Furtado Gedge was a graduate of St. Andrew's Priory School for Girls, Class of 1934. Due to her parents' recognition of the importance of a good education and Phoebe's academic talents, Phoebe came to the Priory at the early age of 12 as a boarder from Lahaina, Maui. Phoebe excelled at St. Andrew's Priory and skipped two grade levels upon entry! After graduation, Phoebe obtained her Bachelor's degree from the University of Hawai'i at Mānoa and went onto graduate school to earn her Masters of Education at Columbia University. Her love of education and natural athletic ability led her to a career as a physical education teacher with the Hawai'i State Department of Education. She also played tennis for many years as an adult, both recreationally & in tournaments. She was proud of her Native Hawaiian, Portuguese and Chinese cultures and cultivated strong family values. As a parent and a grandparent, Phoebe always instilled the importance of strong values and education as goals to meet and accomplish in life.

In a letter from Don Gedge, he said, "We wish for our student recipients to take full advantage of the opportunities available to them at the Priory, and that they will enjoy themselves along the way. ... Phoebe was a great planner.... She was strongly self-disciplined, established goals and worked very diligently to achieve them. ... If she was meeting with you today, she would say, 'Know what you want to do, work hard to reach your goals, be reliable so that others know they can depend on you."

In January 2013, at the age of 97 years, George Donald "Don" Gedge passed away, and the Gedge daughters changed the name of the scholarship to what it is today - The Phoebe Furtado Gedge and George Donald Gedge Scholarship Fund - so that the legacy of both parents could be honored.

2017 marks the 20th anniversary of the passing of Phoebe Gedge, as well as the establishment of the fund. Since then, the scholarship has provided financial support to several students and their families for all high school years at the Priory, allowing them to graduate and continue to matriculate to four-year colleges, and enjoy professional careers.

A past scholarship recipient and now mother of a St. Andrew's Schools student, said, "I am a proud alumna of St. Andrew's Priory. I truly believe that where I am today in my life is greatly attributed to my education and experiences at the Priory. At the Priory, I was taught that girls can do anything and throughout my life I have lived by the motto of Queen Emma, Kulia I Ka Nu'u, and I continue to instill these values into the lives of my keiki. We are eternally grateful for the generosity of those involved in providing financial assistance to our 'ohana."

Gedge scholarship recipients have all attended college subsequent to their graduation from the Priory. They have attended universities such as Marquette University, College of Wooster, University of Nevada, University of Hawai'i at Mānoa, Chaminade, Hawai'i Pacific University, and Northern Arizona University, among others.

Gedge scholars have majored in a variety of professions and fields including Chemistry, Education, Pre-Med, Nursing, Biology, Hotel Management, and Forensic Science. Several have attended graduate school in their chosen field of study.

To commemorate the 20th anniversary of The Phoebe Furtado Gedge and George Donald Gedge Endowed Scholarship Fund, the St. Andrew's Schools would like to wholeheartedly thank the Gedge family for being instrumental to the success of our students lives by providing them the greatest gift of all – the gift of education.